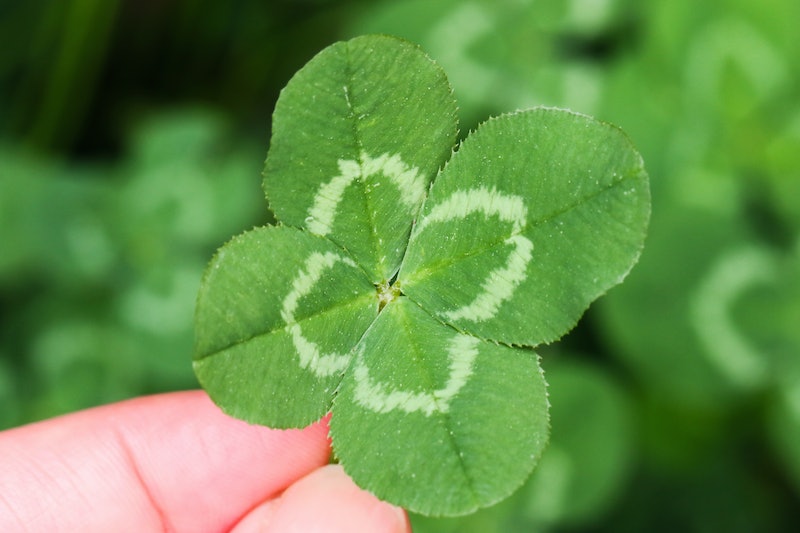 From annual parades to heaping plates of corned beef and cabbage, St. Patrick's Day as it is celebrated in the United States has a lot of traditions. While many people proudly wear green from head to toe and know the right way to drown a lucky shamrock in whiskey at the end of the day, there's one tradition that's a bit more mystifying: why do people get pinched on St. Patrick's Day? The answer is actually connected to another one of the holiday's widely known customs, wearing green.

While St.Patrick's Day isn't an officially recognized holiday in most of the country, the U.S. has a long history of celebrating March 17. Since the late 18th century, it has been used as a way to recognize and celebrate Irish American culture through St. Patrick's day parades, parties, and all green everything. Although some early accounts claim that blue was the first official color of the holiday, Ireland's nickname, the Emerald Isle, and the colors in the Irish flag, changed all that. It became custom to wear green on St. Patrick's Day — unless, that is, you wanted to get pinched.

That's right — wearing green isn't only a way to show your Irish pride, but it's also a defense tactic. According to legend, wearing green makes you invisible to leprechauns, those mischievous fairy creatures from traditional Irish folklore who, for whatever reason, like to pinch whoever they can see. The tradition of pinching people who don't wear green on St. Patrick's Day is supposed to be a reminder that, at any time, a leprechaun could appear and wreak havoc on you.

So really, when people pinch you for not wearing green, they're just trying to protect you from sneaky little leprechauns who could end up doing a lot more than pinching you. But, despite any "good" intentions or "harmless" traditional fun, you definitely should not thank people who touch you without permission. In fact, don't be afraid to speak up about it. It may be a centuries-old tradition, but that doesn't mean it's a good one. When it comes to stranger-to-stranger contact, even if it's just in the form of a little pinch, consent is an absolute must. No one wants to be groped, grabbed, or pinched unexpectedly by someone they don't know. When in doubt, follow kindergarten classroom rules, and keep your hands to yourself.

Although I encourage you not to pinch a stranger who hasn't invited the physical contact, at least now you know why your Irish aunt or your best friend has been doing it to you on St. Patrick's Day all these years. And before you pinch someone else, don't forget to ask for permission. You don't want to be as bad as those pesky leprechauns, do you?