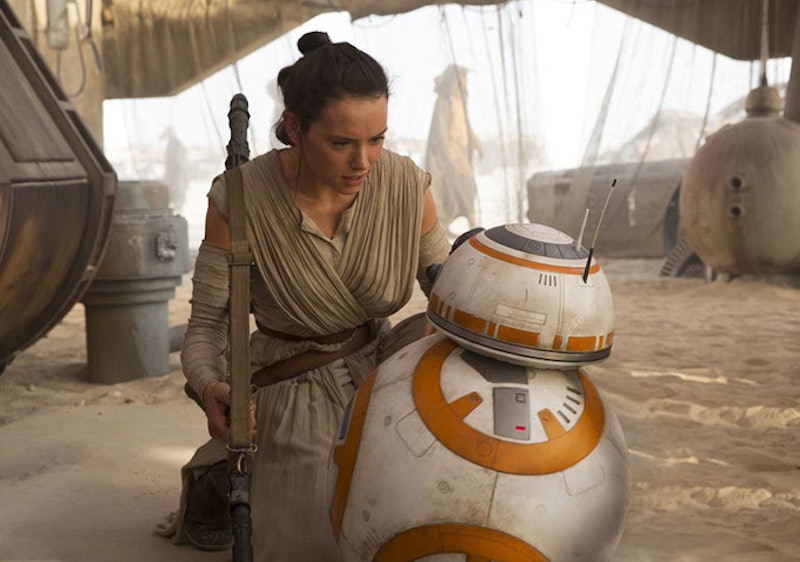 Between the end of award season and the buzz that has been surrounding films like Deadpool and Batman V Superman: Dawn of Justice, the Star Wars: The Force Awakens hype seems to have finally died down. However, you can't keep the powers of the Jedi silent for long, since any possible new news and information about the next chapter of the record-breaking franchise is bound to cause a stir. Take, for example, the possible title reveal for Star Wars: Episode VIII. According to a photo that mysteriously appeared on Reddit (and was later removed from the site), we could be looking at Star Wars: Tale Of The Jedi Temple as the title for the highly-anticipated second installment of Rey's quest.

Well, considering that the title has not been officially confirmed, I don't want to jump to any conclusions and assume that this is the one that will be plastered on the screen along with the famed Star Wars anthem come December 15, 2017. However, considering that the leaked photo showing what appears to be a promotional item for the film has been taken down, that does lead me to believe that Lucasfilm and Disney may have wanted to stop that rumor from spreading. Perhaps because it's true. Take a look at the leaked photo for yourself, and draw your own conclusions.

Now, I know what you're thinking: "I could have made that on photoshop with my computer." Exactly. However, there are some already released details about Episode VIII that would actually make this title fit right in with the story's continuation. For example, Daisy Ridley confirmed to MTV in a red carpet interview that the next film seems to be starting off right where the last film left off. "Me and Mark [Hamill] have been rehearsing a lot, and it’s really amazing. When we went back to Skellig to do the opening of VIII, it was so crazy doing the same scene with a different crew of people," says Ridley, "He’s amazing to rehearse with, and I’m very excited to be doing the rest of the stuff." And where does Episode VII leave off? Well, at Luke Skywalker's own Jedi temple of course.

But that's not even the first that we're hearing about the concept of a "Jedi temple." In the already released Lucasfilm Episode VIII production announcement, the basis for the next installment also seems to be hinting at the idea of Luke and Rey being on some kind of far off island as she begins her Jedi training. So, does this title mean that we will learn more about the history of the Jedi? And maybe even journey into the secrets of the first Jedi temple?

So, just for a second, let's assume that Star Wars: Tale Of The Jedi Temple is the correct name for the film. What are fan's thinking about it? Well, they don't seem to be all that thrilled.

But, perhaps, this apparent titled "leaking" could be a good thing. Because, if it is true, maybe Disney will take the fan feedback into consideration and change it something else. Or, if it isn't true, then perhaps the speed at which we finally get the official title announcement will now be here sooner. Either way, this rumor could be a total win-win situation for us Jedi awaiting our next assignment.

Until then... May the Force Be With You.