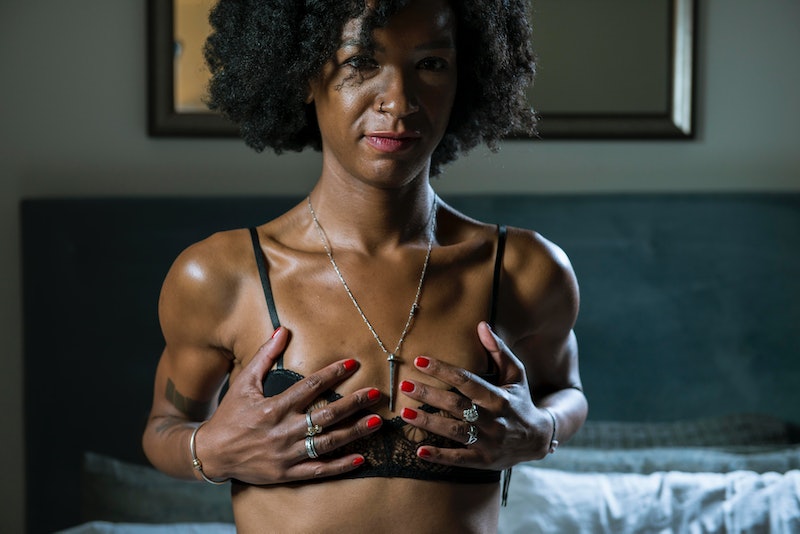 What's the the sexiest body part? Well, now we know which part is the most fetishized— at least in the UK. The Great British Sex Survey results are finally here— a survey of over 2,000 British adults on all things sex. They were shown on television last week in the Great British Sex Show, which focused not just of the most popular sexual practices in the UK but also looking at less common kinks and proclivities. And some Brits thought it was... awkward... to say the least. But some loved it. And I have to say, I'm all for a show that is public and candid about different sexual practices. I think it's fascinating to see the— supposedly prudish— Brits being so open about their sexuality and their fetishes.

In fact, one of the big topics was the top 10 fetishes. And while body fetishes generally made the top 10, there was one body part that seemed to garner more attention then the rest. And the most common body party fetish was...

Feet. That's right. Foot fetishism stood out among the body parts, with certain areas of the country having a bustling section of their night life that revolving around foot-worship. In fact, the practice is so popular that if you're living in the UK and you're not into it, someone you know certainly is.

Here's what you need to know about the UK's favorite body part:

1. More Than 10 Percent Of Brits Are Thought To Have A Foot Fetish

2. There Are Evolutionary Reasons For Them

It turns out, not only are feet usually the most fetishized body part, there are evolutionary reasons for it. Apparently stimulating the feet and the genitals affect the same part of the brain, so there's a theory that there may be some mixed signals involved. But foot fetishism seems to rise during periods of disease, perhaps has an unconscious way of keeping ourselves disease-free.

3. It Intersected With Other Fetishes

One of the most talked about parts of the show was foot worship shown as part of a public humiliation. But in this case, the fetish being focused on wasn't exactly the feet, it was being humiliated. According to the Daily Mail, "humiliation ranked at number seven in the list of the UK's favorite fetishes," and in this instance feet happened to play a big role.

The show went on to feature other kinks. As the Guardian says there were those "who are into balloons ('looners'), those who prefer popping their peens into pots of worms/ spiders/earwigs/centipedes/millipedes (formicophiliacs), those who find contentment in bespoke latex suits that make them look like Michelin men, and those who live with and love their sex dolls." It showed a huge range of what has long been thought of as a sexually-repressed country. Oh, how wrong we were.

More like this
The Best Time To Date After A Breakup, According To Experts
By Bustle Editors
7 Women Share Their Best Orgasm Stories
By Lexi Inks
Are Virgo & Capricorn Compatible In A Relationship?
By Kristine Fellizar
How To Use Astrology In Dating, According To The AstroTwins
By Brittany Beringer
Get Even More From Bustle — Sign Up For The Newsletter