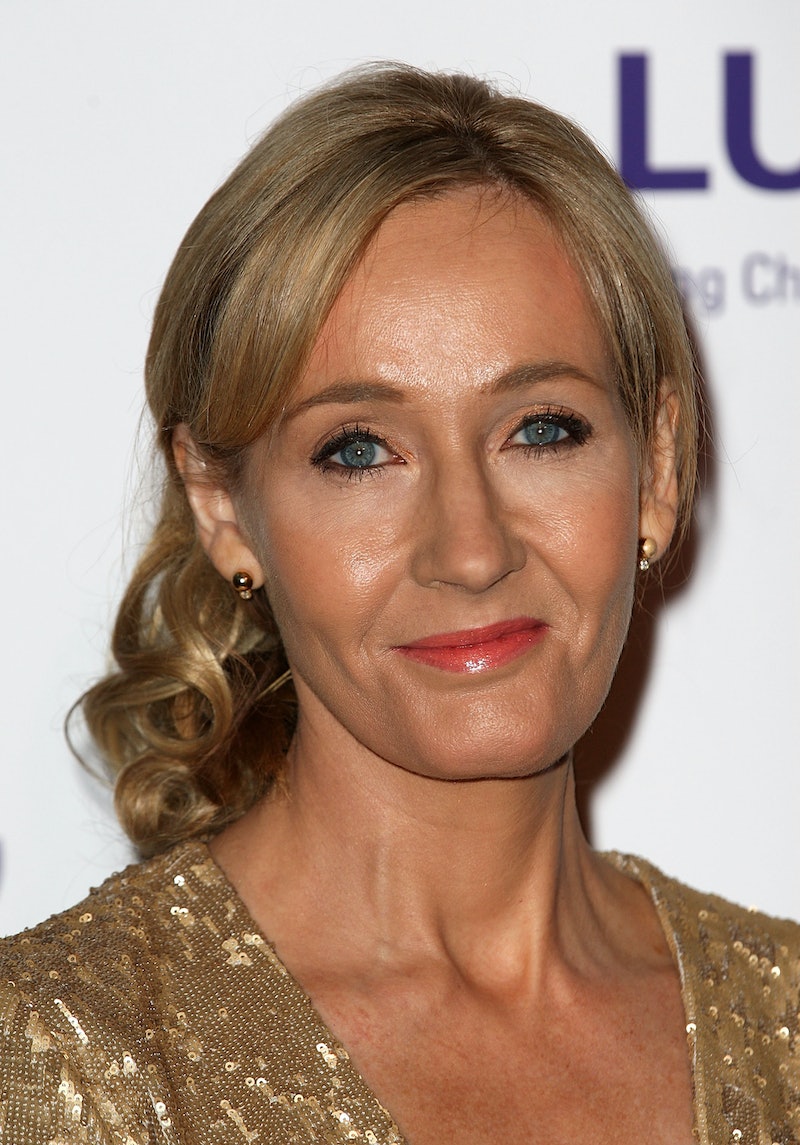 Huge news, Harry Potter fans: J.K. Rowling confirmed via Twitter on Tuesday that Fantastic Beasts and Where to Find Them won’t just be made into a movie; it’s going to be made into three movies. The movie, which will be delivered into our greedy little hands soon has been in the works for some time. And, even though Warner Brothers CEO Kevin Tsujihara confirmed to the New York Times in 2014 that the Harry Potter spinoff will be three movies, the Internet is basically losing their minds after Rowling announced the news via Twitter. But this exciting news isn’t the only thing that Rowling has dropped into our laps in the form of 140-word tweets. The author is pretty much a Twitter god, one that we should all follow and workshop in kind.

Responding directly to fan’s tweets, throwing some serious shade, and using the public forum to take a stance for what she believes in, Rowling has made some pretty big waves on Twitter lately. And the fact that she confirmed major studio news via Twitter isn’t at all surprising to me. I mean, just look at some of the amazing things that she has done through her social media pages. In addition to making headlines with major Harry Potter news, Rowling also uses Twitter to respond directly to her fans.

Like that one time she responded to a tweet sent by a fan asking what she should do about the Dementors under her bed. As any Harry Potter fan knows, Dementors suck the joy out of anyone they come in contact with, so the subtext of this fan’s tweet was clearly a cry for help. Reading it as one, Rowling responded graciously, “They’re bothering a unique, valuable human being who deserves happiness. Ask for help. Don’t fight alone. Big hug.” Providing fans with breaking news about Harry Potter and taking care of them in the process? Now that’s a Twitter celebrity worth following.

But Rowling also uses Twitter to take a stand against other people’s bigoted opinions. She is straight to the point and incredibly clear about where she stands on important issues such as gender, body positivity, and politics. In response to one man’s tweet about the Williams sisters only finding success because they are built like men, Rowling threw some serious shade back: “Yeah, my husband looks just like this in a dress. You’re an idiot.”

See what I mean? If there’s one person you should be following on Twitter, it is J.K. Rowling. Hands down. No questions asked. Go worship her for the Twitter Queen that she is.