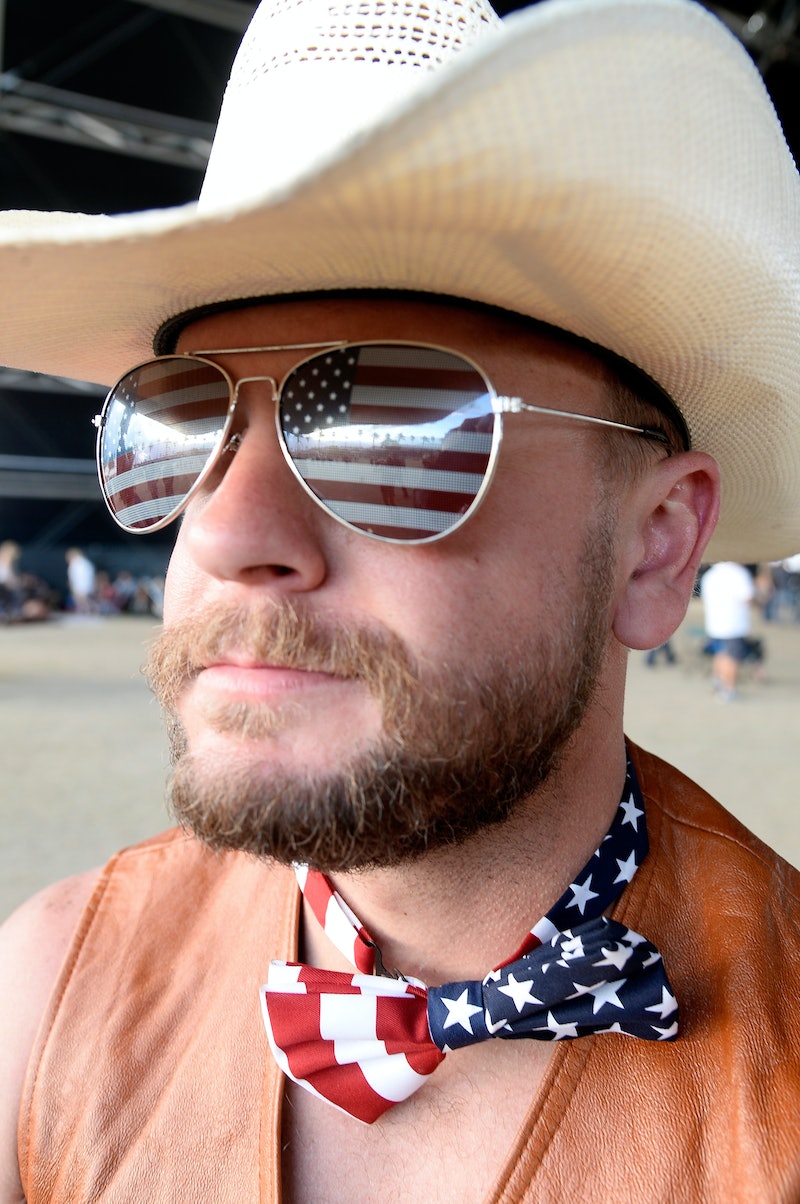 One of the GOP presidential candidates might be a senator from Texas, the land of all things boots and cowboys, but I don't think anyone would have expected Ted Cruz to host a redneck rally. But desperate (Super Tuesday) times call for desperate measures, and so the Cuban-American Cruz is getting in touch with his redneck roots and holding his all-important March 1 event at the Redneck Country Club in Stafford, Texas. Perhaps this will get him the much-coveted cowboy vote on Super Tuesday and beyond. Yee-haw?

The country club bills itself as: "a place where good people can relax and have a beer, a bourbon or some whiskey, and some simple vittles, while listening to a musician croon his heart out, around other like-minded people." The club's site also mentions a zero-tolerance harassment policy of their "RCC Hotties" (conjuring images similar to that of Hooters waitresses), and calls on their customers to act like "civilized rednecks." These are all nice sentiments, of course, but not necessarily language you would imagine candidate Cruz using anytime soon.

Despite Cruz's traditionally conservative views, this type of venue seems to touch on a particular block of the Republican voter base that gets discussed during debates, but loosely and never by their actual name. The decor then perhaps says it all. Emily Cahn, a reporter from Mashable, has been tweeting photos of the event:

Though these types of voters often get pigeonholed into a particular stereotype — your traditional gun-totting, beer-drinking conservatives — they definitely do exist, and are a part of the GOP constituency that Republican candidates can play to. And Cruz is definitely in need of playing to all the voters he can get.

Cruz was predicted to win only two of the 12 states participating in Super Tuesday, with opponent Donald Trump leading in nearly all of the others. Cruz and the rest of the GOP opponents have been playing catch up to Trump all throughout the presidential race. But with Cruz seeming to be the only one to poll second to the businessman, the Texas senator has been pushing even harder to finish strong during Super Tuesday. His campaign and a shot at the nomination have depended on securing these delegates. Were he to lose to Trump (particularly in Texas, which would be a blistering defeat for the senator), Cruz's chance at getting the GOP nomination will sink further into the realm of impossibility.