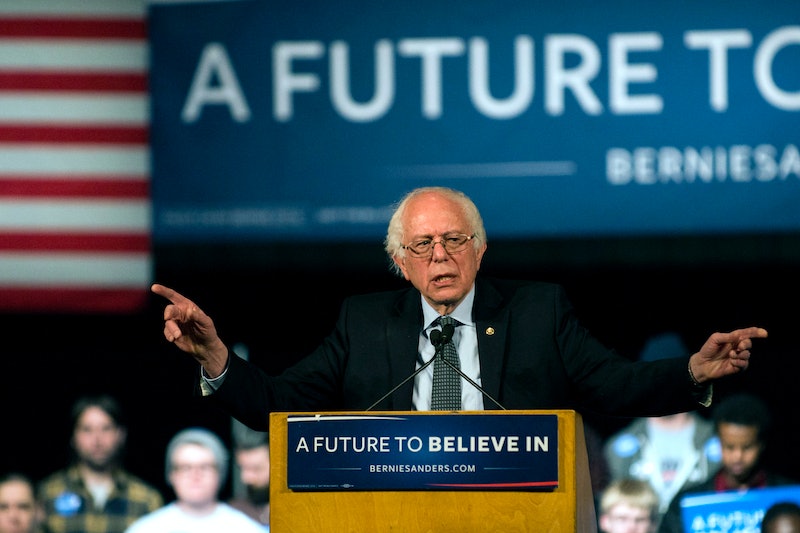 It's on! The presidential primary process has officially hit overdrive with the much ballyhooed Super Tuesday, and the results are already beginning to trickle in. Some of the early results, based on exit polls and projections from major media outlets, have been somewhat surprising ― a competitive race between Republican frontrunner Donald Trump and Florida senator Marco Rubio in Virginia, for example ― and some of them have been exactly what everyone thought. For example: Bernie Sanders won the Vermont primary, notching a runaway win in his home state.

It might not matter much in the long run of things, sure ― Clinton is already leading big in a slew of the other states, and could put the nominating race in a vice-grip by the end of the night. But the Bernie Sanders juggernaut couldn't be stopped in the Green Mountain State, nor could the enthusiasms of his supporters be contained. In fact, considering that it could be a long night for Sanders, if you're looking for an especially adorable star of Tuesday night, you could do a lot worse than Kid Bernie.

Who is Kid Bernie, you ask? He was spotted by Liz Goodwin of Yahoo News at a Sanders rally in Burlington, Vermont, and she tweeted out the adorable photo just minutes after the polls closed.

This kid's got the right idea. Defy the cynics, and rock that typically disheveled, Bernie Sanders coif! It was representative of a pretty raucous scene at the self-avowed Democratic socialist's Vermont headquarters, where he addressed a huge, adoring crowd that rose to cheer him almost every other sentence.

It was a slightly strange scene, at the same time as it was no doubt inspiring and exciting to his supporters ― despite the landslide Vermont win, Sanders has already lost Georgia and Virginia, and the exit polls are again showing that he lost black voters to Clinton by staggering, disqualifying margins.

This is basically a long way of saying that this adorable young Bernie Sanders fan might be in for a rude awakening on the nuts and bolts of party politics pretty soon, but for what it's worth, the man himself shows no signs of slowing down, backing out, or apologizing for sticking around ― in his Vermont victory speech, he pledged to stay in the race, promising that "the people will be victorious."

More like this
The Families Of Grenfell Tower Are Still Waiting For Justice, Five Years On
By Bustle UK
5 Concrete Ways To Take Action Against The Rwanda Deportation Plan
By Rachel Mantock
How To Fight For Reproductive Rights, Based On How Much Time You Have
By Courtney Young
How 5 People Upended Their Lives To Fight For Abortion Rights
By Hannah Smothers
Get Even More From Bustle — Sign Up For The Newsletter