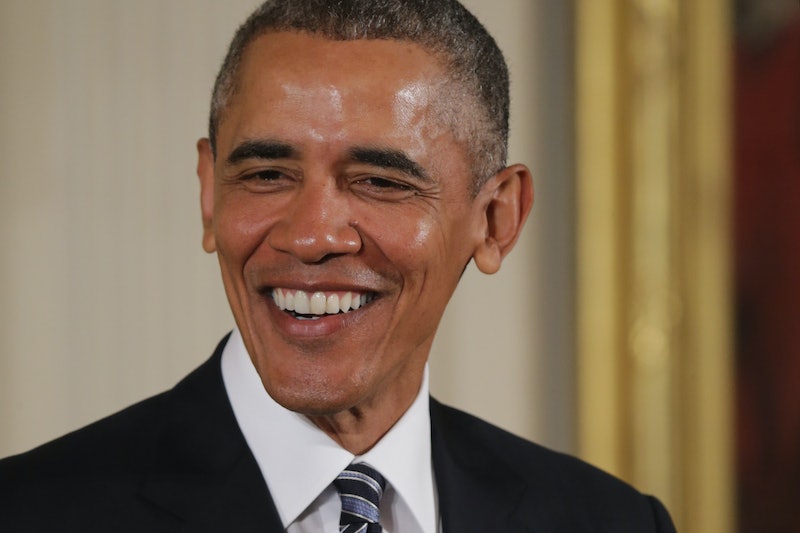 In the midst of the Super Tuesday madness, the president decided to share some news that had absolutely nothing to do with Hillary Clinton's battle with Bernie Sanders or Donald Trump's attempt to go for a full sweep of the states. Minutes after the first Super Tuesday results were project, Barack Obama tweeted about attending a Havana baseball game later this month. "Play ball!," the president of the United States tweeted, sharing the Major League Baseball tweet revealing that Obama would be attending a Tampa Bay Rays game in Havana on March 22.

It's not news that the president will be in Cuba. It was already announced last month that he and the first lady would be be visiting Havana March 21-22, making Obama the second sitting president to visit Cuba, which had been a forbidden locale for American civilian tourists for several decades. It is also not terribly surprising that Obama will be attending a baseball game during his visit. Not only is the president a known baseball fans (though of the Chicago White Sox), baseball has actually played a somewhat significant role in providing a diplomatic bridge between the United States and Cuba. The countries are currently working together in a joint effort to bring baseball back into the summer Olympics.

However, what is rather peculiar is Obama's decision to share the news during what is arguably the most significant night so far of the 2016 election cycle. Maybe he wanted to share more details of his somewhat controversial trip to Cuba when they'd be buried under Super Tuesday coverage? Or maybe, like so many of us, he's already suffering election coverage fatigue?