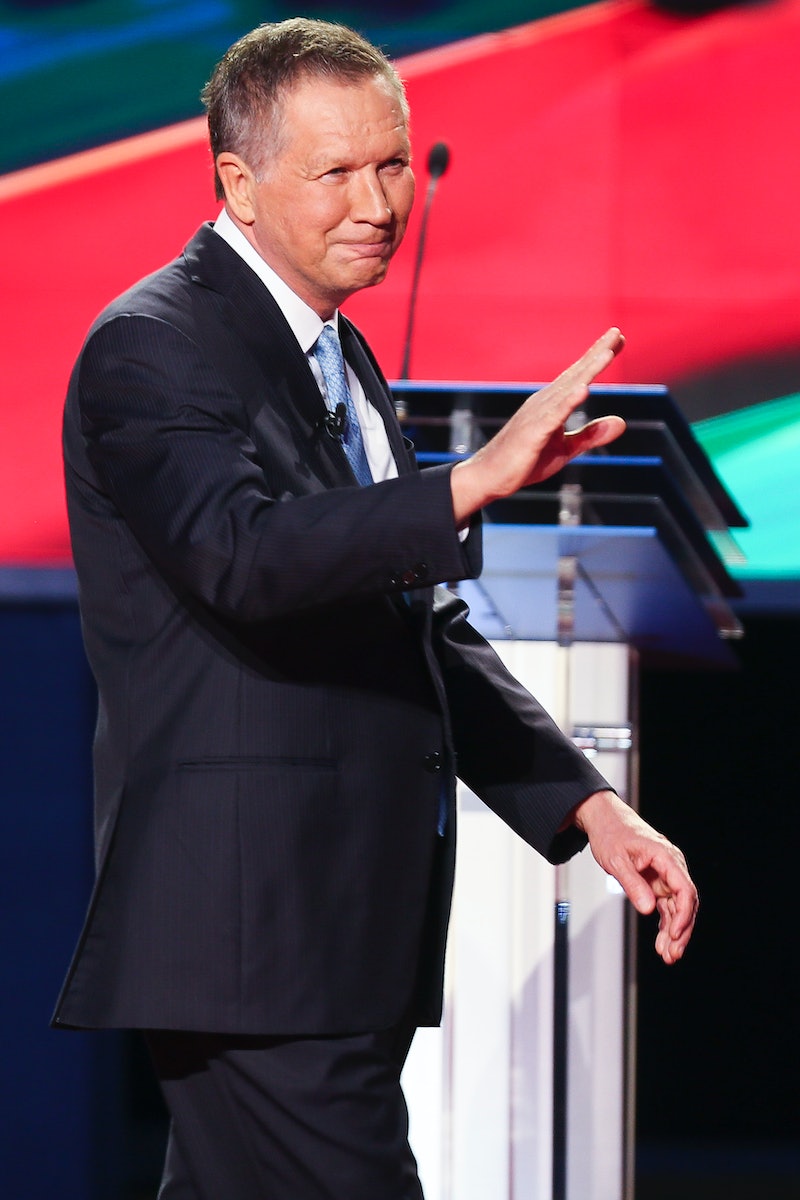 As Super Tuesday results slowly roll in from states across the country, Americans shouldn't be too surprised to see Democratic frontrunner Hillary Clinton and GOP lead candidate Donald Trump taking home most of the wins. The day of a dozen (or so) elections produced a few interesting outcomes, including a "too close to call" between Donald Trump and John Kasich in Vermont, proving that the latter Republican candidate was still just relevant enough to stay in the game at least up to now. But if the Ohio governor makes the decision to drop out not long after Super Tuesday, will Marco Rubio get Kasich's votes? Either way, the Florida senator will likely be waiting until the Ohio primary comes and goes.

The chances that Rubio would snag all of the votes that would have otherwise gone to John Kasich isn't ridiculously likely, simply because there do exist those anomaly voters who are having a hard time deciding between either Trump or Cruz and the teddy bear that is Kasich. The chances that Rubio would be able to make a successful play for most of Kasich's supporters in states yet to vote, however, is a lot more likely.

There are reasons for this likelihood. Rubio has generally been easy to listen to — excluding his most recent speeches, which were pretty much Comedy Central roasts of Trump — and comes across as a pleasant person. In comparison, Cruz and Trump appear extreme in both their platforms and their demeanors. And Kasich, who should be nicknamed the teddy bear candidate, is almost literally the opposite of extreme.

As Trump spent hours repeating his intentions to build "the wall" and Cruz dedicated time to saying that he is nota liar, Kasich spoke before audiences about taking the time to really listen to Americans to find solutions to national issues. So in a primary that doesn't include Kasich on the ballot, Rubio wouldn't make for an unusual second choice.

And Rubio may just be itching for the chance to bring Kasich voters over to his own campaign, especially since Kasich's presence in the race is undoubtedly having an impact on Rubio's success during the primary elections. With more than 90 percent of the votes tallied in Virginia, the results show Rubio losing to Trump by less than 4 percent of the vote while Kasich received over 85,000 votes (about 9 percent of the total).

It's safe, then — probably the safest assumption in this constantly surprising campaign trail — to guess Rubio would have been quite pleased to call those votes his own. Rubio may have to look forward to a few more delegates lost in the name of Kasich, though, as the Ohio governor announced on Sunday that he would stay in the race at least until his own state's primary happens on March 15.