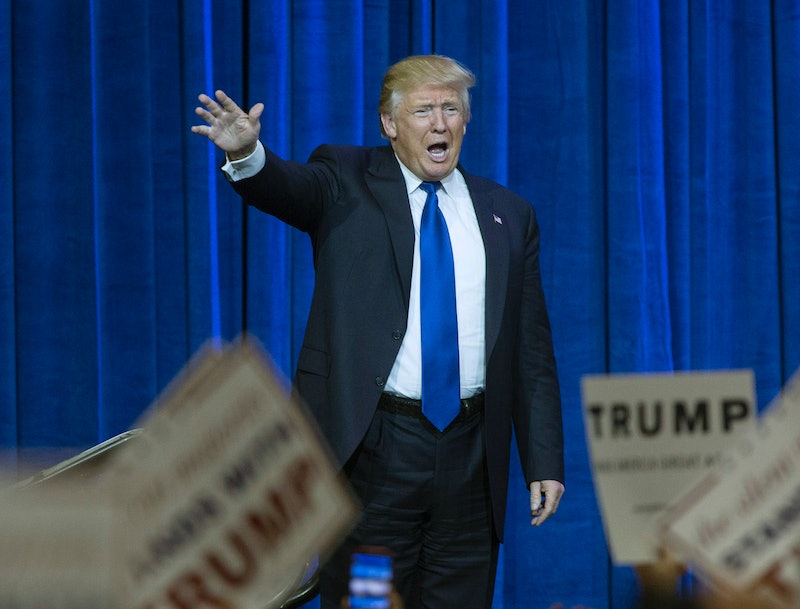 This much is clear so far this Super Tuesday: Clinton won the Democratic primary in Virginia handily over Bernie Sanders, with 65 percent of the vote to his 35 percent. But what about the Republican primary? While it was a closer race, it appears that Trump has won in Virginia, with Rubio coming in second place. Trump won in Virginia with 36 percent of the vote, with Rubio coming in behind him at 31 percent, and Ted Cruz at 17 percent.

What's clear is that in Virginia, some voters went with Rubio to send a message to Trump, while other — more often, rural voters — cast a vote for the populist billionaire from New York City because they like his message and style.

“He says what it’s all about. He’s tired of the politicians,” Virginia voter George Kurutz, 69, who came out early to vote for Trump, told The Washington Post. A map floating around Twitter Tuesday night suggests that most Trump supporters in Virginia are — you guessed it — rural voters. The purple is Rubio — aka voters in Virginia's major cities — and the rest in red seems have gone handily for Trump. While cities have greater population density, apparently, that wasn't enough for Rubio to trounce Trump's support in the rest of the state.

While several pundits predicted Trump would take the race in Virginia, many thought it was too close to call and could have potentially gone to Rubio — after all, it is a swing state in presidential elections.

"While there are credible Democratic paths to the White House without Virginia, anything other than a win or a loss by just a percent or two in the Old Dominion will signal the Democrat’s downfall," Politico reported early Tuesday. "Virginia was (slightly) more Democratic than the nation in 2012 for the first time since Franklin Roosevelt’s era, and population trends that are increasingly favorable to Democrats are continuing."

Luckily for democrats who are already looking forward to November, Clinton won the democratic nomination in the state extremely definitively.