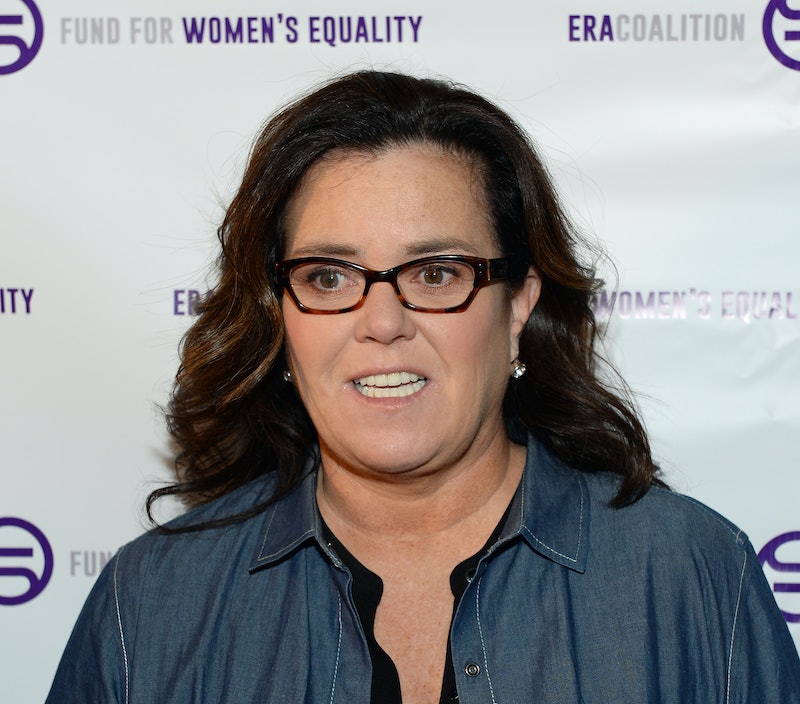 It's a celebrity feud that makes Taylor Swift and Nicki Minaj look like the little leagues. Rosie O'Donnell and Donald Trump's Twitter feud extends back to 2006, when most celebrities these days were pretty much still going through puberty. But while their beef has a long history, things really heated up between O'Donnell and Trump in 2015, when the Republican presidential candidate was asked by Fox News host and debate moderator Megyn Kelly about his demeaning use of language towards women during a GOP debate.

The always-charming GOP crowd laughed, and a Twitter feud ensued (or rather, continued). Awesomely, this was O'Donnell's initial response to his comment: "try explaining that 2 ur kids."

A brief history lesson: their beef originally started back in 2006, when O'Donnell, then a co-host of The View, criticized Trump's handling of Miss USA Tara Connor's drug abuse controversy (because that used to be his job) and questioned why a man who left his first wife after having an affair should consider himself "the moral compass for 20-year-olds in America." Oh, if she only knew what was to come.

Trump responded by calling Rosie "fat," "a real loser," and "a woman out of control" in a statement to People, and the rest is sexist history.

Fast forward 10 years to this Super Tuesday, and O'Donnell is tweeting about Trump again, as he continues to sweep ... well it looks like he's going to win every state.

She followed up that tweet with a selfie with her daughter.

That she can actually stay this calm about a man who's tweeted things like this about her is actually amazing:

This, to review, would be the man who is currently sweeping Super Tuesday. #GodBlessAmerica.