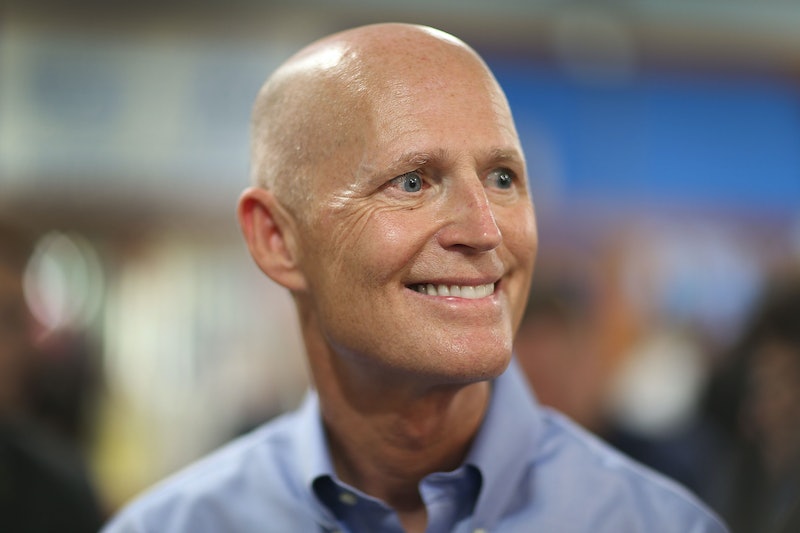 When Trump held a press conference on Super Tuesday, many thought he was about to announce an endorsement from Florida Governor Rick Scott. That didn't happen, but it's still a strong possibility. So, will Rick Scott endorse Donald Trump?

Lately, there have been a flood — well, no, a trickle — of endorsements that Trump has from sitting Republican officials over the last week. It started a week earlier, when Trump picked up his first congressional endorsements from two backbench Republicans. New Jersey Governor Chris Christie, who shocked just about everyone when he endorsed Trump last week. Shortly thereafter, Trump was endorsed by Maine Governor Paul LePage. Shortly thereafter, Jeff Sessions of Alabama became the first sitting Senator to endorse Trump.

As Super Tuesday was underway, Trump announced a press conference in Miami. There was speculation that he was planning on rolling out a Scott endorsement, and Fox News even reported on-air that the Florida governor was going to endorse Trump at the event. But that didn't happen, and a Scott spokesman eventually confirmed that the governor wouldn't be endorsing anybody before the end of the night.

So, how would a Scott endorsement affect the rest of the Republican candidates? That depends on which candidate we're talking about.

First, it's not at all clear that a Scott endorsement will tangibly help Trump at the polls. Scott is incredibly unpopular in Florida, and the suggestion that his endorsement would carry sway with undecided Florida primary voters is iffy at best. Furthermore, Trump is already leading the state by an enormous margin, so getting Scott on board probably wouldn't give him much of an edge that he doesn't already have.

Marco Rubio, on the other hand, would be the big loser of a Scott endorsement. It's not that Scott's endorsement will move too many votes one way or the other. It's that it would be embarrassing. All other things being equal, it's a bit of a slap in the face when the governor of your own state endorses somebody else in the primary. This is doubly true for Rubio, who has essentially bet his campaign on winning Florida and needs every ounce of support he can get in the state.

The bigger story here, though, is that regardless of what Scott does, Trump is finally getting endorsements from sitting Republican officials. He's still behind the rest of the field but is rapidly catching up. If the GOP establishment is in fact lining up behind Trump, ti'll be the latest bizarre turn in an election cycle that's already been exceedingly bizarre.