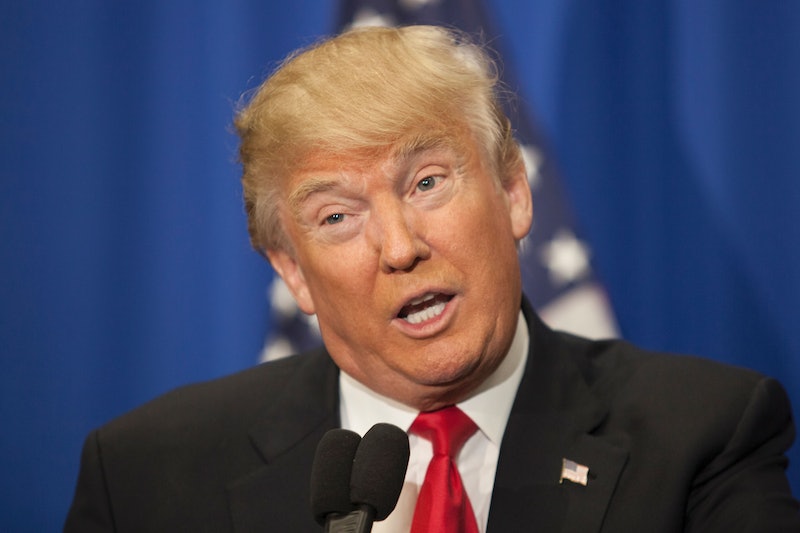 Much of the United States is in some combination of shock, confusion, and panic at Donald Trump's Super Tuesday success. While not all of the results are in at the time of publication, the business mogul can claim Super Tuesday as a victory, nabbing the lion's share of the South and Massachusetts. At the prospect of having a man who quotes Italian dictator Benito Mussolini on Twitter and doesn't clearly denounce former Ku Klux Klan leader David Duke as the face of the Republican party in the national election, members of both the GOP and the Democratic parties are hitting panic mode.

It is safe to say that after Super Tuesday, Trump is not only a viable candidate to win the Republican nomination, but the likely one. The man who once seemed (to some) like the irrational dose of entertainment to liven up the GOP race but that nobody would reasonably support has emerged as the frontrunner — and folks are starting to freak out. Even more than Chris Christie's "I've made a terrible mistake" face as he spoke at Trump's victory press conference Tuesday night, this text screenshot shared by BuzzFeed reporter Jim Dalrymple may best capture the American mentality towards the Trump presidential campaign: stop it or beg for help.

Dalrymple tweeted that the screenshot was the response when he texted the number listed on the Trump poster plastering the podium at his press conference. I texted the same number and received a response, saying that "Your subscription will help Make America Great Again!" and to send my zip code. I have yet to receive the response Dalrymple tweeted that he did. It's not clear whether he doctored the screenshot as a joke or if that was the real response. Regardless, the exchange seems a little too painfully apt.