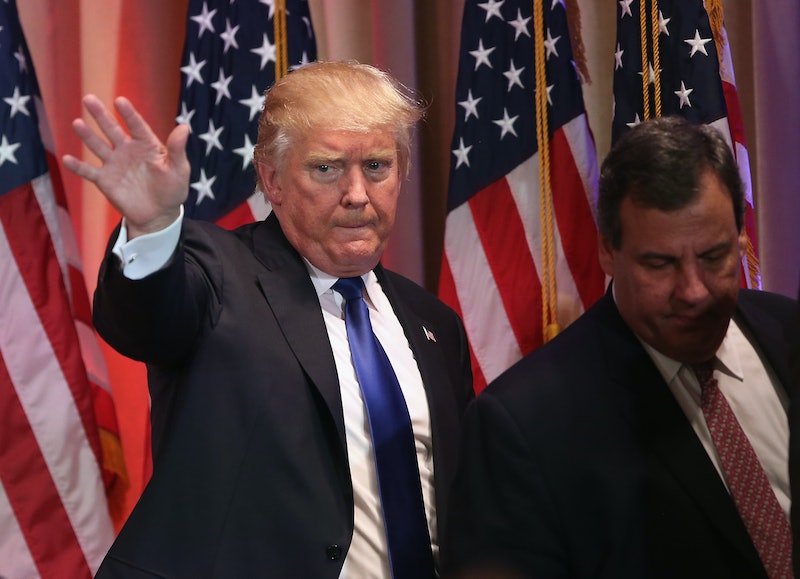 On Tuesday, America headed to the polls. Some of America, that is ― it was Super Tuesday, with 12 states between both parties casting votes for the Republican and Democratic nominations. One state in particular drew some attention for its impressive levels of voter participation, too: the Virginia Republican primary turnout was sky-high, continuing a trend that's been concerning for progressives and Democrats.

There are coherent reasons for this, of course. The Republican Party primaries have been chock full of drama, anger, insults, and intrigue, while the Democratic primaries have been more conventional affairs, fought between two eminently more polished, restrained candidates. There's also no particular reason to think that Democratic turnout would be suppressed in a general election, especially if a lightning rod like Trump is in the race

But the numbers from Tuesday night are stark and undeniable. In the 2012 Virginia GOP primary, a mere 265,570 people turned out to vote, compared to Tuesday, which saw a staggering 1,025,000+ voters hit the polls. It's the kind of increase that snags eyeballs, and pops right off the page. But there is some important context behind those numbers which help explain them, and it's not all about the unstoppable force of Trumpism.

It's easy to forget how the 2012 presidential primaries played out, all those four years ago. But here's the basic fact: there were only two Republican candidates on the Virginia ballot in 2012, and one of them wasn't even a contender: Mitt Romney and Ron Paul. The other contending candidates failed to meet the signature requirements to make the ballot, the most infamous examples being Newt Gingrich and Rick Perry. Romney ultimately won by a comfortable margin of about 50,000 votes, and that was all he needed.

By contrast, the Virginia Republican primary this year boasts five different candidates, each representing a starkly different choice for GOP voters, but also nowhere near as stark or binary a choice as they faced in 2012. Paul's appeal as a candidate, despite the vociferous passion of his supporters, was always marginal at best. By contrast, Republicans now have three ostensibly credible general election candidates, one of them being the most media-savvy, aggressive and bombastic political operators to hit the scene in years.

Suffice to say, the circumstances are worlds different between then and now, so while it's a great sign for the Republicans in terms of turning out voters, but it's also a cautionary sign ― that so many people are rushing to the polls in the midst of a full-blown intra-party revolt. And of course, the high levels of turnout had just the same effect they usually have: a big win for Donald J. Trump.