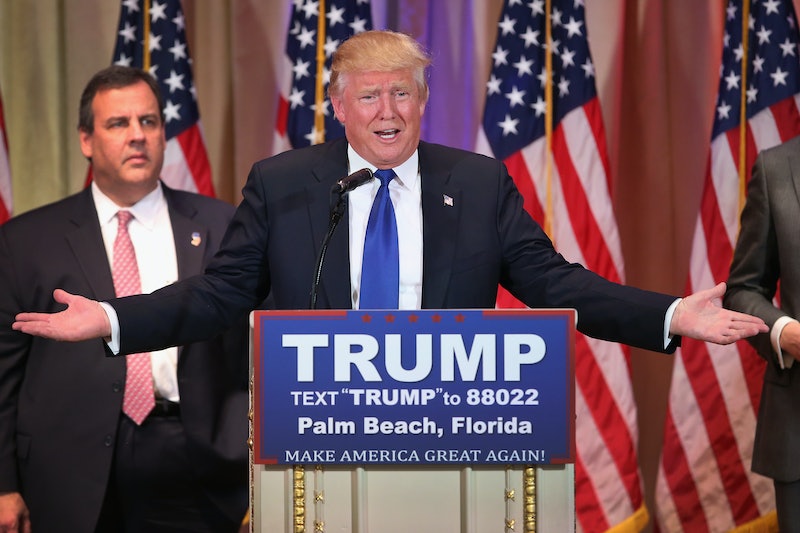 After a Super Tuesday that proved to be full of surprises and drama, the question on pretty much every thinking American's mind is: Will Donald Trump actually win the Republican nomination at the convention this summer in Cleveland? Although the developer and former reality show star has a commanding lead in delegates, the chances of him appearing on the GOP ticket in the fall are highly suspect.

Whispers of a brokered convention — where party elites will decide the nomination — may be more than just a rumor. According to Politico, Carson-turned-Trump operative Barry Bennett said, “This is going to be a convention like I’ve never seen in my lifetime ... It’s going to be contentious from Day One.”

There is another story, this time from Real Clear Politics, about the recent RNC Standing Committee on Rules meeting in January. RCP reports that some of the prompted rule changes caused confusion at the meeting, with a detailed review by the parliamentarian necessary at one point. Apparently the membership of the Standing Committee on Rules "accidentally" voted to negate part of Rule 40, and had to quickly improvise a retraction. For those who don't spend their days dredging through the morass that is the RNC bylaws, Rule 40 requires the presumptive nominee to have a majority of support in at least eight states.

Repealing it would be advantageous to candidates who haven't been able to gain a critical mass of followers in any given state; it would also open the door for a candidate who has not taken part in the popular nominating contest to be put forward. It could also hypothetically allow for a candidate who has withdrawn from the race to re-enter, á là Jeb! or the neo-Randian darling from Wisconsin, Scott Walker. It seems, however, that Marco Rubio is the GOP candidate who is currently in favor with the Republican elite.

So, before you start researching how to move to Canada, know that the official version of the 2016 rules and bylaws won't be approved until the convention itself takes place this summer. There, a selection of delegates from each state will convene the Convention Rules Committee. This will actually be the point here the rules of the game will be finalized. Until then, the delegates that will make up the CRC are bound to be fielding an avalanche of calls from different factions trying to influence the end rules to their advantage.