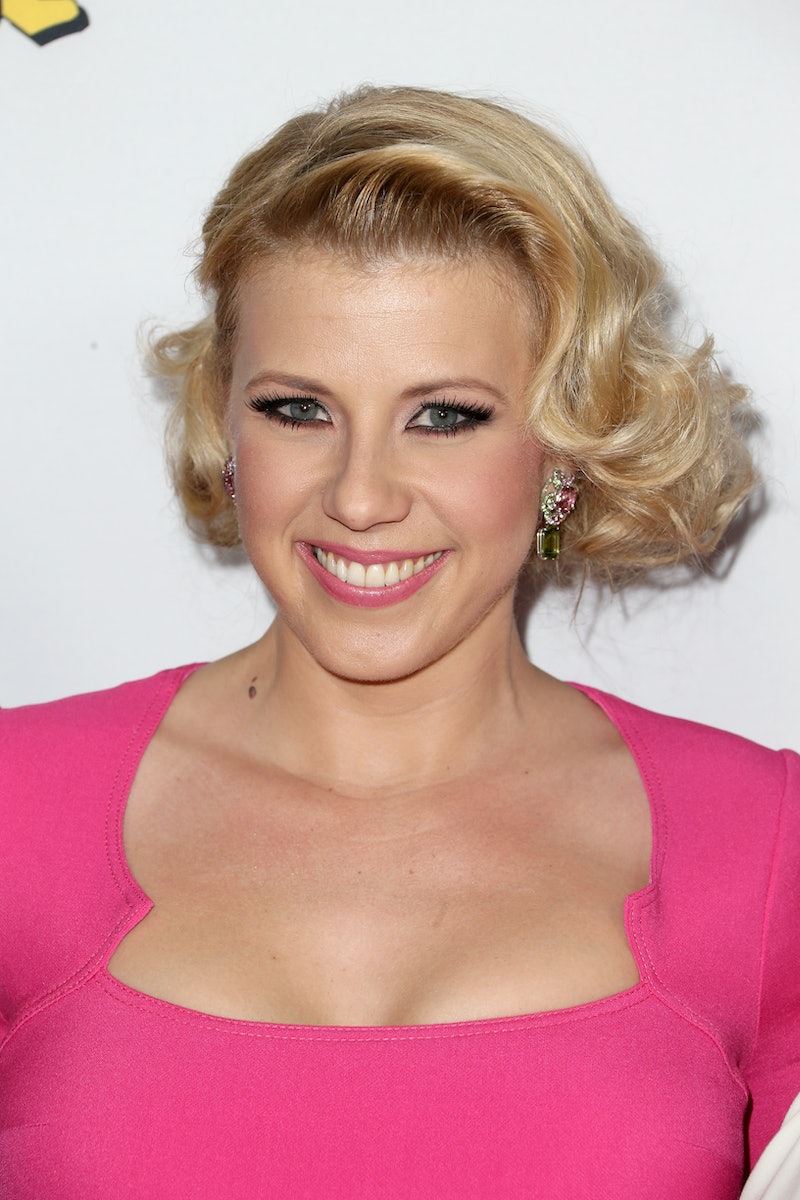 It's official this time: After playing coy about rumors several weeks ago, Jodie Sweetin is joining Dancing With the Stars, the Fuller House actor announced on Good Morning America Wednesday. Given that Sweetin's character Stephanie Tanner is known for her impressive dancing scenes — and her TV sister Candace Cameron Bure competed in Season 18 of the ballroom competition show — it's pretty much a no-brainer that Sweetin is going to tear it up on the DWTS dance floor. After all, how many times did Stephanie slay those amazingly cheesy routines on Full House? Answer: More times than Danny Tanner could break out his trusty mop in between dance sequences.

No matter how lovably corny Stephanie's Full House dance numbers were, it's been clear from the very beginning that Sweetin is a talented dancer, showing off her moves even when she was just a youngin' on the original series. (Who could forget the time she did a hip-hop routine to Boyz II Men?) And for anyone who has watched even just a few episodes of Fuller House, Steph's dancing skills are still on display, proving that she's set to kick it on DWTS and take home that Mirror Ball trophy straight to that cornflower blue checkered couch.

In honor of Sweetin joining DWTS, let's relive some of Stephanie Tanner's standout dance moments below.

When She Turned Into A Broadway Star In Danny's Dream Sequence

All I have ever wanted from life is for the entire Tanner family to recreate this moment on Dancing With the Stars. To paraphrase Kimmy Gibbler, "Let's make it happen, people!"

When She Slayed With "Motown Philly"

Even all the awkward clapping in the audience couldn't take away from Stephanie's shine.

When She Showed Danny What His Prerogative Was

Oh, Danny. Don't you know that the top rule in the Dad Handbook is that that dads can't dance?

When She Stole The Show At Her Birthday Party

And led all the girls in a choreographed dance to "Good Vibrations." Obviously.

When She Whipped & Nae-Naed With DJ & Kimmy

20 years after Full House went off the air, DJ, Kimmy, and Stephanie blessed us with their rendition of the Whip and Nae-Nae in a promo for Fuller House.

And When She Danced With DWTS Pros On Fuller House

Perhaps a sign to come, Stephanie Tanner showed she still had the moves when she sashayed with DWTS pros Maks and Val Chmerkovskiy (in character as two brothers on the prowl) during a night out on the town. Get it, girl!

I'm rootin' for ya, Steph! And by Steph I mean Jodie Sweetin. Bring home that Mirror Ball Trophy!