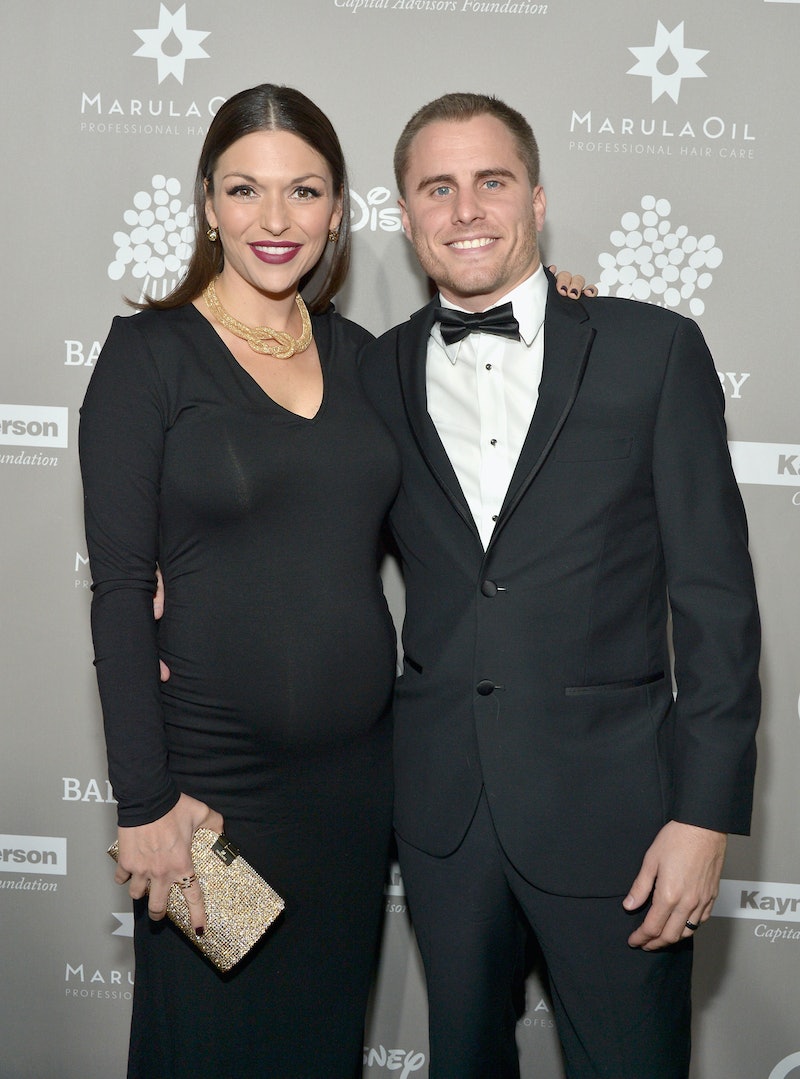 Well, here's some very exciting news for a former star of ABC's The Bachelorette. DeAnna Pappas Stagliano welcomed a baby boy, she announced via her Twitter page early Wednesday morning. She shared, "Welcome to the world little man. We are thrilled to have you in our arms." She and her husband Stephen Stagliano have yet to reveal their son's name or a photo, but here's hoping they tell their fans sooner rather than later.

(Update: DeAnna revealed to People that her son's name is Austin Michael Stagliano. His middle name is after Stephen's twin brother, who introduced the couple. It was their way of honoring him. "I let Stephen choose the name," she said. "He really wanted both kids to have 'A' names! Both of their initials will be 'AMS.'")

A rep confirmed the news to People, who said their baby boy was born on Tuesday, March 1 at 8:15 p.m. They added, "DeAnna is doing great and cuddling with her new little boy." That's great to news to hear, and it definitely seems to be so, especially based on DeAnna's tweet.

The couple is already happy parents to their two-year-old daughter Addison Marie. In August 2015, DeAnna shared with People how thrilled she and her husband were to welcome another child into the world. "We have wanted more kids for a while now and are so blessed that we are pregnant again," she said. "We cannot wait to give Addison a little brother or sister. She is such a lover and will be so good with another baby."

Per a post on Instagram, DeAnna's due date was Feb. 26, but clearly her son wanted to make her wait just a little bit longer. Congrats to DeAnna and her family on their latest addition!

More like this
Gabby & Rachel Reveal How That 'Bachelorette' Rose Ceremony Twist Happened
By Grace Wehniainen
The Most Interesting Man In Reality Television
By Samantha Rollins
Everything To Know About 'Bachelor' Host Jesse Palmer
By Justice Namaste and Radhika Menon
Who Went Home On 'The Bachelorette' Week 4? One Villain Had To Disembark
By Grace Wehniainen
Get Even More From Bustle — Sign Up For The Newsletter