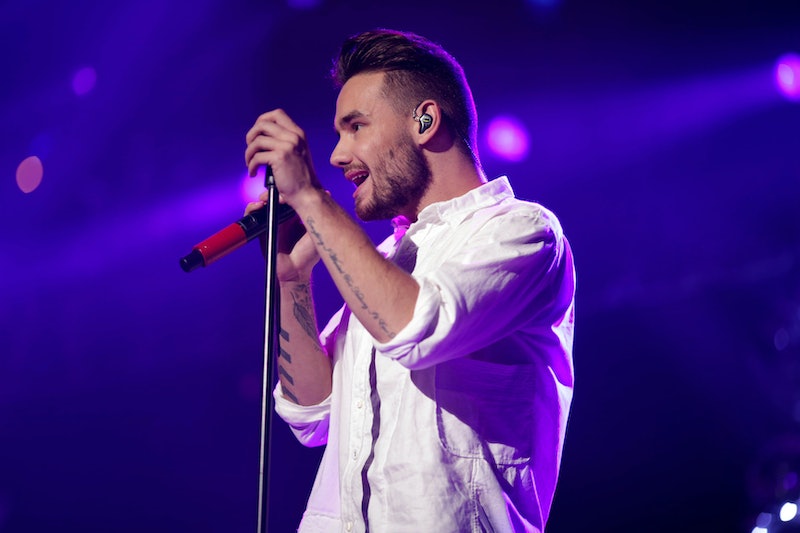 Um, let's talk about the fact that it looks like Liam Payne is dating his X-Factor judge Cheryl Fernandez-Versini (formerly known as Cheryl Cole, who now just goes by "Cheryl"). This is a big deal because: One, Liam Payne dating someone is always headline-worthy; two, Cheryl was one of the judges at his initial, pre-1D X Factor audition in 2008 (he later went back in 2010, at which point he was paired with his 1D bandmates); three, there is a solid 10-year age difference between them (he's 22, she's 32 — they met when he was 14 and she was 24, which you can watch below); and four, Payne posted pictures of himself cuddling with her. Will the madness ever end?

The One Direction singer, who broke up with longtime girlfriend Sophia Smith in October 2015, seems to have found a new romance with Cheryl — unless, of course, they're just cuddly Instagram pals à la Justin Bieber and Hailey Baldwin. Whatever the case may be, Payne has wasted no time in sharing those cozy 'grams, sharing a picture of the two cuddling in a car and even one shirtless photo of himself cuddling the singer. (Shirtless, you say? Insert "gasping in surprise" emoji here.)

Cheryl, for her part, added fuel to the fire by sharing a photo of herself with three guys in the background — one of them being Payne — with the caption: "My mystery man lineup #whosthemysteryman #whoisit #whosworthit." It's worth noting that she also used the same side-eye emoji that the 1D singer used to caption his selfie of the two. Coincidence? I think not. Especially because Payne 'grammed the car selfie just one hour after Cheryl 'grammed the mystery man pic. Hmm...

To add even more evidence to the "they're totally dating!" column, One Direction sleuths claim to have screen-grabbed shots of Payne's Insta activity, showing him allegedly calling her "babe" and sending her a comment filled with heart-eye emojis:

Needless to say, many think that Payne and Cheryl's latest Instagram pics are proof that they're an item — and TBH, it totally looks like it. But until there's that ~official confirmation~ (I'm talking an interview where they admit it or at least a kissy pic), I'll somehow manage to get by on the Instas and proof that we have. As for more Instagram evidence, to that I say: Bring it on, guys.

More like this
The Differences Between Kinks & Fetishes, Explained
By Lexi Inks
Wanna Try Hinge's New Video Prompt Feature? Here Are 7 Tips
By Lexi Inks
6 Dating App Tips To Try If You're Looking For A Serious Relationship
By Lexi Inks
Why Acts Of Service & Gift Love Languages Are A Dream Pairing
By Lexi Inks
Get Even More From Bustle — Sign Up For The Newsletter