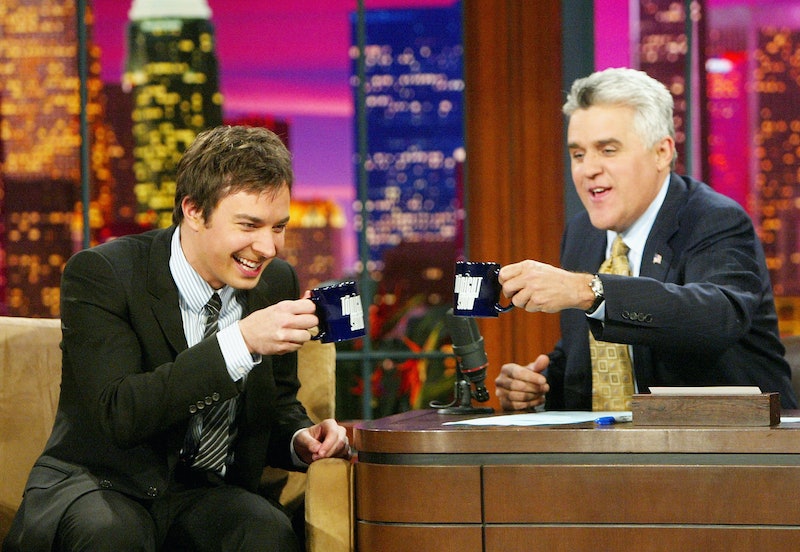 Jay Leno's days as the Tonight Show host are numbered. His last day on the show is Thursday, and Jimmy Fallon will be taking over on Feb. 17. Leno’s final show guests are Billy Crystal and Garth Brooks. So, to pass on the reigns, Jay Leno had Jimmy Fallon on the show to haze him and walk down memory lane together on Tuesday.

You know, Jimmy starts as new host of Tonight Show on the 17th — and it would be strange if there was some accident and he was not able to … fulfill his duties as host.

Leno showed a clip of his first day on the job two decades ago, and a clip of Fallon's first appearance on The Tonight Show in 2002 when he was 27-years-old, which gave them both ample opportunities to bash each other's outfit.

Later on, Fallon did his funny Late Night Thank You Notes segment. In his last one, Fallon thanks Leno for his humor and class in passing on the Tonight Show tradition and says with a straight face, "I will do my best to make you proud every single night."

After the show, Fallon tweeted:

You can watch Leno and Fallon's clip below: 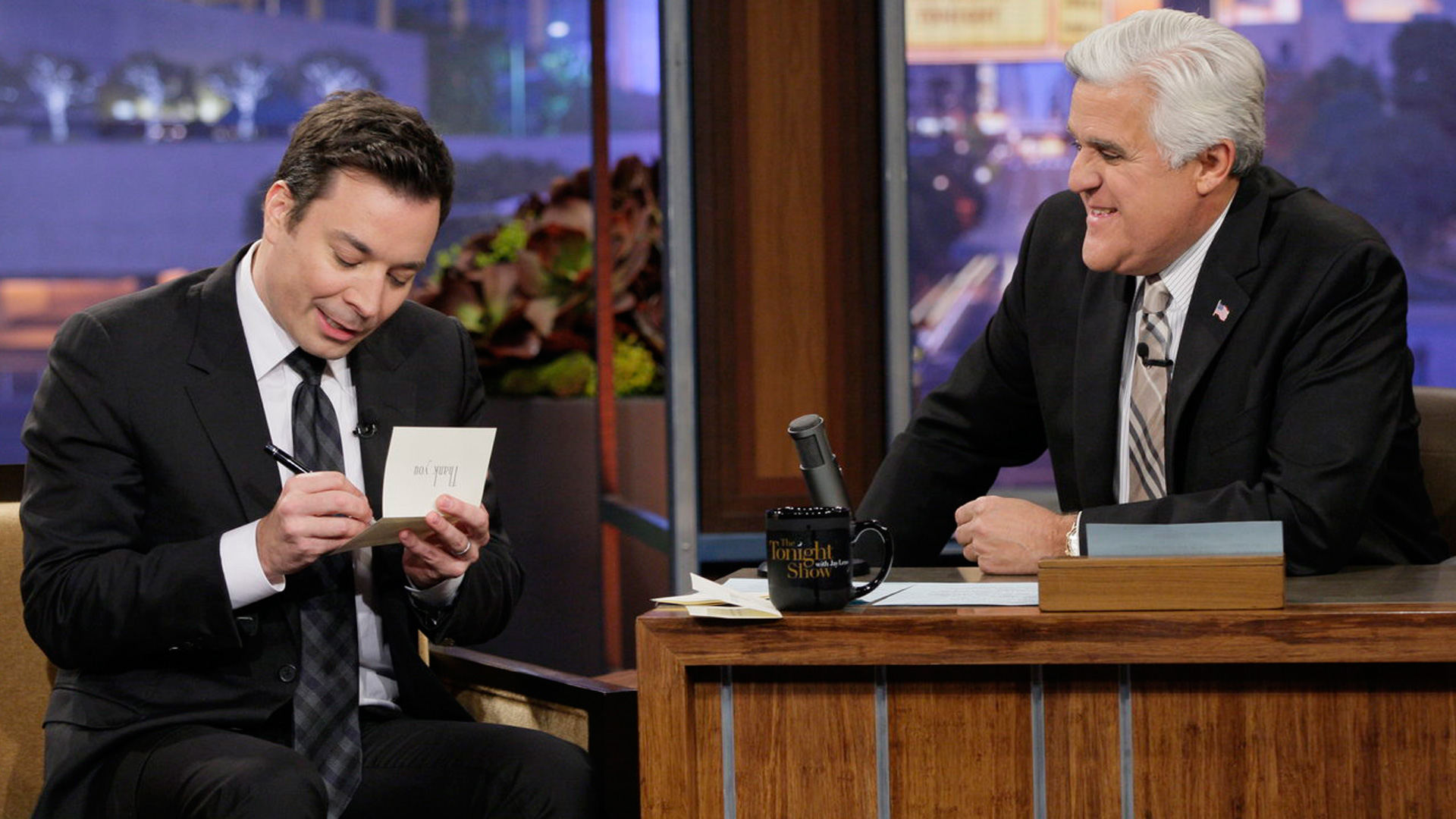 More like this
Owen Warner's Net Worth Might Surprise 'I'm A Celeb' Fans
By Sam Ramsden
Here’s Everything Coming To & Leaving Netflix In December
By Jake Viswanath
Meghan Markle Just Addressed *Those* Wild 'Real Housewives' Rumours
By Sophie McEvoy
We’ve Got A Text! Another 'Love Island' Series Is On The Way
By Darshita Goyal
Get Even More From Bustle — Sign Up For The Newsletter