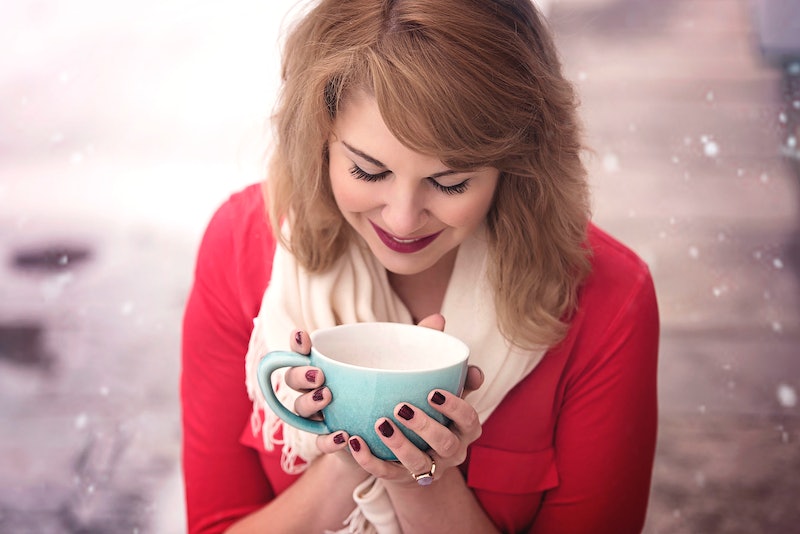 Prepare for the most unsettling news you've heard in a while: happiness can trigger "broken heart syndrome," which is just another (now research-backed) way of saying that good feelings can hurt you as much as bad ones can. If you're still scratching your head, fear not, as it seems a little confusing on the surface, but science has a pretty simple (and, uh, terrifying) explanation.

In a study recently published in the European Heart Journal, cardiologists argue that they've found a new trigger for the syndrome commonly referred to as "broken heart" (and no, not just the emotional kind). The technical term is TSS, or takotsubo syndrome. It's what happens when the heart muscles suddenly weaken and end up distorting a ventricle forcing it to expand at the bottom and resulting in the shape of a takotsubo, or in Japanese, an octopus trap.

What we already knew was that TSS is often triggered by intense emotions that arise after a major trauma, or very often, after the loss of a long-term life partner (have you ever known an old couple who die very close to one another? This could be why). The feelings most commonly associated with the syndrome are anger, fear, and grief, and while studies say they most commonly affect older women, anyone is susceptible.

However, this new research is arguing that the triggering emotion doesn't necessarily have to be "bad," it just has to be intense. By evaluating the International Taotsubo Registry — which contains case reports on over 1,750 patients from nine countries — they were able to discern that their deaths had clear emotional triggers, and most were negative (30 percent happened after the death of a spouse, 16 after attending funerals, 11 after car accidents, 17 after family arguments, and so on). However, there were also a few patients whose TSS was triggered after a happy or exciting event. Twenty people had what they are now terming "happy heart syndrome." Their triggers were the birth of a great-grandchild, attending a wedding, getting good news from a doctor. Three out of 20 cases were related to birthday parties. Birthday parties. The study does note, however, that this could be the reason why so many people die of a cardiac event on their birthdays.

"We believe that TTS is a classic example of an intertwined feedback mechanism involving the psychological and/or physical stimuli, the brain and the cardiovascular system,” author Christian Templin said in the press release. “Perhaps both happy and sad life events, while inherently distinct, share final common pathways in the central nervous system output, which ultimately lead to [this condition]."

While it's still fairly uncommon, all things considered, research has confirmed that this does happen, and it probably warrants further evaluation. "We have shown that the triggers for TTS can be more varied than previously thought,” co-author Jelena Ghadri said in the same release. “A TTS patient is no longer the classic ‘broken hearted’ patient, and the disease can be preceded by positive emotions too. Clinicians should be aware of this and also consider that patients who arrive in the emergency department with signs of heart attacks, such as chest pain and breathlessness, but after a happy event or emotion, could be suffering from TTS just as much as a similar patient presenting after a negative emotional event."