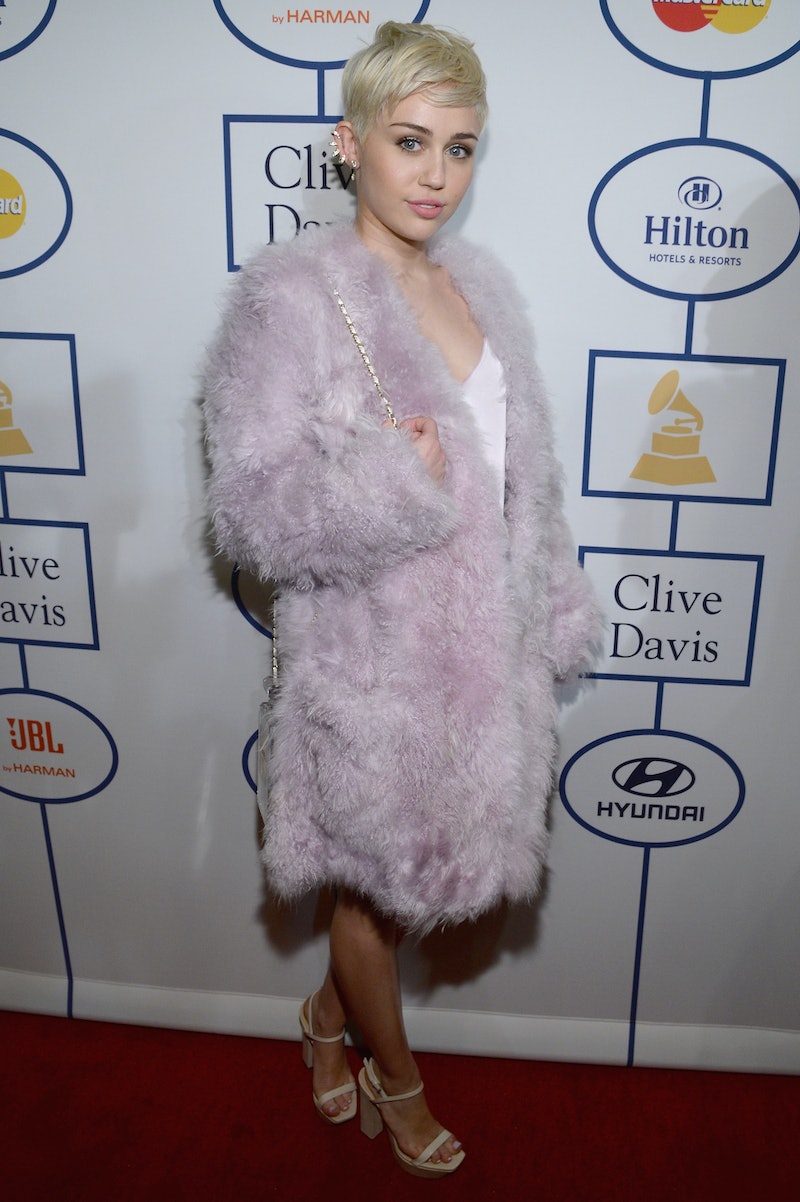 Miley Cyrus may have graced the pages of what seems like every single major magazine over the last year, but this insider tidbit could explain why she's so scantily clad in so many of them (see: this photo from her W mag spread). According to Love magazine editor-in-chief Katie Grand, designers were extremely reluctant to lend their clothes to Cyrus during her shoot for the magazine's upcoming Spring/Summer issue.

Grand confessed this interesting fact in the introduction to Cyrus' cover story, saying:

At first I wasn’t sure about Miley. A lot of people aren’t. It was tricky to borrow clothes for the shoot because she seems to divide opinion in a Marmite-esque way. Many people I respect didn’t want to get involved. They thought there was something superficial about her — dangerous, even.

While it may have been difficult, Grand was still able to score pieces from Miu Miu, Marc Jacobs, Ulyana Sergeenko, and Vivienne Westwood for Cyrus' upcoming spread.

Cyrus may leave a bad taste in some designers' mouths, but there are still a handful of fashion-forward brands supporting the controversial celeb, including Calvin Klein (who lent his furry pink coat to her above), Roberto Cavalli (who designed her upcoming tour costumes), Marc Jacobs (who featured Cyrus as the star of his Spring campaign) and Donatella Versace.

I would feel bad for Miley Cyrus, but it doesn't seem like she minds wearing little.

More like this
16 Black Designers To Know From New York Fashion Week
By Dominique Norman
Bella Hadid's Flare Jeans Under A Dress Outfit Is So Nostalgic
By Allie Fasanella
7 ‘Ugly’ Trends Kendall Jenner Makes Look Cool
By Allie Fasanella
These Are Kylie Jenner's Best Paris Fashion Week Looks... So Far
By Dominique Norman
Get Even More From Bustle — Sign Up For The Newsletter