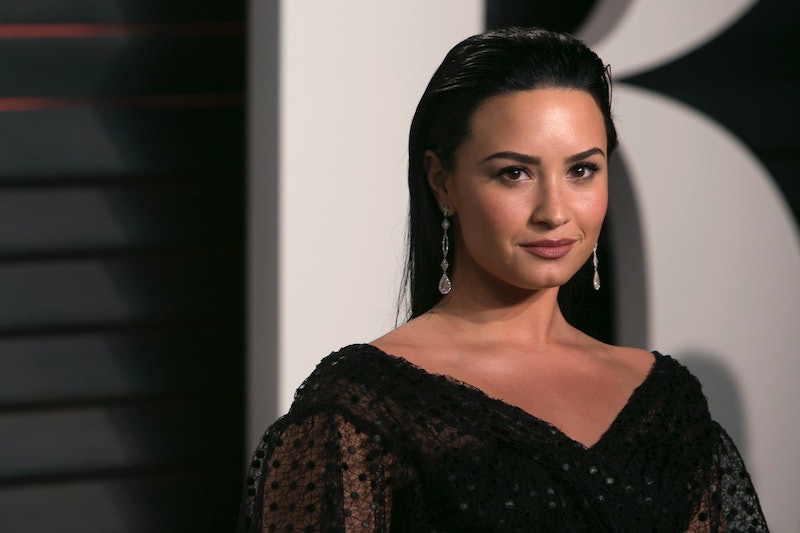 Millions of people around the world admire Demi Lovato. And why shouldn’t they? She’s an incredible actress, an accomplished singer, and is appreciative and considerate of her fanbase. But her impact goes beyond just entertaining the public. For many, Demi Lovato is an inspiration for the way she uses her own story to de-stigmatize mental illness. Her openness and willingness to discuss her experiences and low points ensures that there’s a future where people are not afraid or embarrassed to get help when they need it.

Lovato takes her mission to spread self-love, confidence, and body positivity very seriously, and she uses every tool available to make herself heard. Whether she's participating in high-profile interviews or posting silly photos on Instagram, she makes sure her messages are heard. She’s not all talk, either: in October of 2015, Lovato posed nude and makeup-free in a Vanity Fair photo shoot, and she insisted it only have three rules: “no makeup, no clothes, no retouching.” And she totally slayed.

Demi Lovato has been — and continues to be — a total inspiration. To celebrate her bravery (and general awesomeness), we’ve partnered with NYC New York Color to count down the eight best times she professed confidence, body positivity, and self-love. Because sometimes, you need a little reminder that you’re worth it — and Lovato is the perfect person to tell you just that.

In 2011, Demi spoke out about her struggle to meet other people's standards. She joined forces with Jed Foundation’s Love Is Louder movement to encourage teens and young adults to find creative outlets when they're feeling down.

2. On Her Life Motto

Demi delivered this kickass quote during an interview with Seventeen, when she opened up about the importance of making herself happy.

Preach, girl. Demi knows the value of affirmative words, and often encourages her fans to use them during times of insecurity.

Demi, who struggled with an eating disorder early in her career, is outspoken about body positivity, and shared some of it with us in this quote from Fitness Magazine.

5. On Changing The World

Demi gets right to the point of it with this stunner of a reminder. The first step to loving other people is to accept - and appreciate - yourself. And she knows it.

Since being diagnosed, Demi has widely shared her experience with bipolar disorder and depression, becoming a well-known advocate for mental health issues.

Yas, Queen! As a singer, artist and overall amazing human being, Demi has gotten to where she is today by being unapologetically herself. And we love her for it.

This post is sponsored by NYC New York Color.