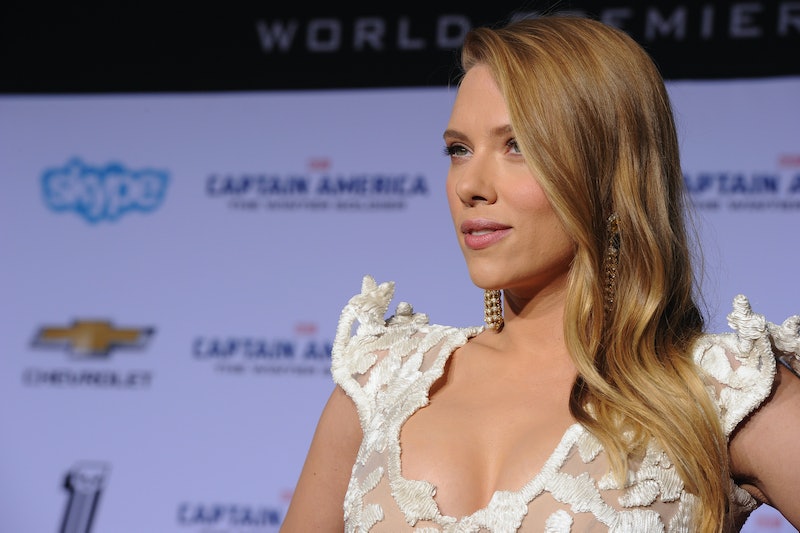 Wee celebrities are a thing of beauty. They were children just like we all were, only often at least fifteen times cuter. Such was the case with tiny Scarlett Johansson, who auditioned for Jumanji around 1994.

We all know she didn't get the part — that went to Kirsten Dunst, who got to pal around with special effects monkeys and Robin Williams for a few months and get a nice little boost of fame out of it. Johansson, for her part, appeared in a bunch of movies between this audition and her big role in 1998's The Horse Whisperer — '94 and '95, the years of the filming and release of Jumanji, saw her in North and Just Cause — and as Hollywood history has it, she really started getting noticed with films like Ghost World and Lost In Translation in 2001 and 2003, respectively.

You're probably seeing her monopolizing headlines as of late mainly due to Johansson's partnering with SodaStream and all the Israeli-Palestinian-American Consumerism debate it's sparking. So if you're looking for something to distract yourself from all that, I recommend watching this short but sweet video of a young Scarlett auditioning for a movie. No thoughts of international conflict in sight.