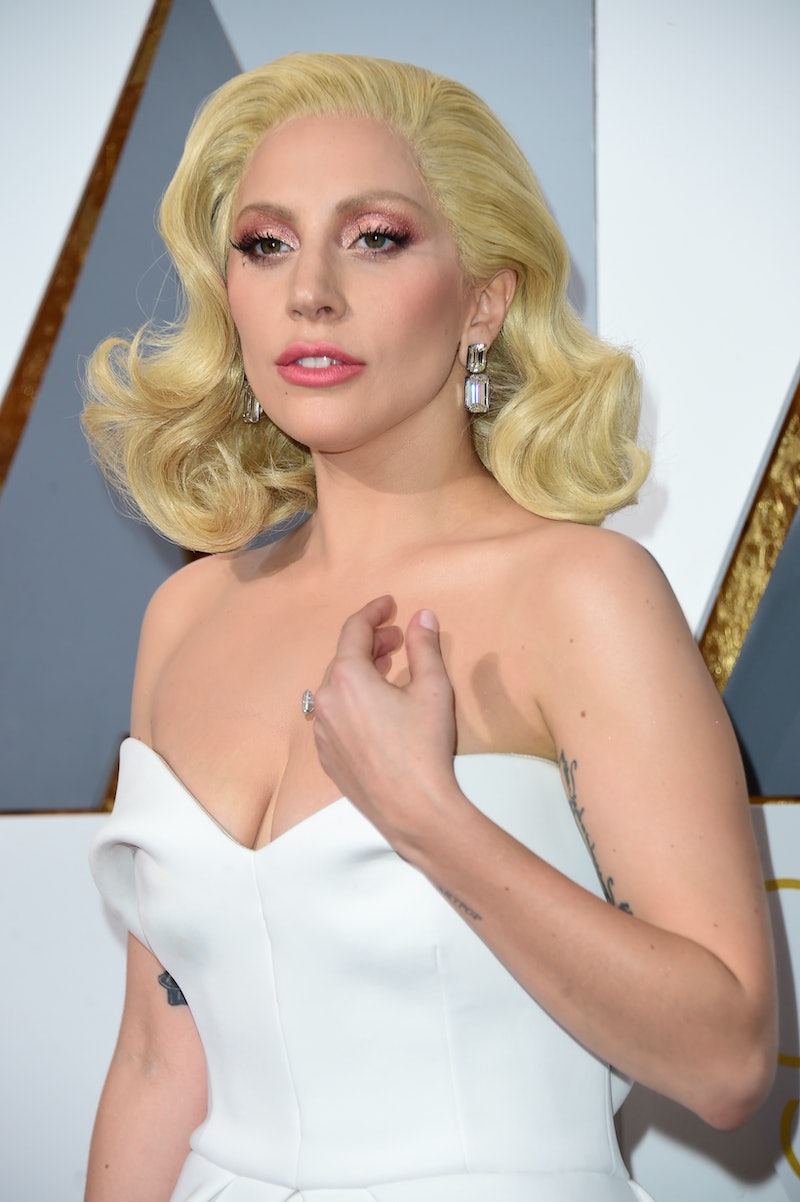 Ryan Murphy fans' lives just got a little sweeter: Friday morning on Z100 New York, Lady Gaga confirmed that she's returning to American Horror Story for Season 6. Pretty sure all of Twitter looks like this right now: YAS KWEEN. After all, Gaga's turn on American Horror Story: Hotel took the series into a whole new era post-Jessica Lange, who departed the anthology series after Season 4's Freak Show. It seemed unlikely that Murphy could continue on without a muse for his beloved horror series, and as anyone who's seen even a handful of frames from AHS: Hotel can attest, Murphy's series loves a dramatic, sexy, luxurious Gaga shot more than it loves creepy, bloody demons crawling out of dirty old hotel mattresses.

With this announcement, it's been a hell of a few weeks for the singer, whose Oscars performance was not only acclaimed, but served an extremely important purpose of bringing attention to survivors of sexual assault. To boot, Gaga dedicated the performance to Kesha. Adding AHS to her plate at a time like this can only thrill her fans even more (once they calm down a bit about how it probably means she's not looking to release another album anytime soon).

But for those clamoring for details or hints as to what Gaga's follow-up to her creepy vampire countess might be, the singer and actress was quick to disappoint on that front. She told the morning show next to nothing, and simply said, "I can’t promise you how, or when, or anything like that." And while I know fans wanted more from the Season 5 star, we had to know that the details weren't going to follow. AHS loves to drag out its big reveal for months on end leading up to an October premiere, and this is just the beginning of the agonizing teaser parade.

At least fans can rest easy knowing that if Murphy loved Gaga enough to let her create her own, now somewhat famous, one-liner and bring her back for Round 2 ("Your boy has a jawline for days"), we can expected the completely unexpected when Gaga and her fabulousness return to our TV screens this October.

More like this
What Is Ariana Grande's Net Worth? When It Comes To Money, She Has No “Problem”
By Hugh McIntyre
The Best Memes & Tweets About Lady Gaga Reportedly Joining 'The Joker' Sequel
By Grace Wehniainen
The ‘Love, Victor’ Showrunner Gave Fans Hope For A Possible Spinoff
By Brad Witter
Everything To Know About The Musical ‘Joker’ Sequel – & Lady Gaga’s Role
By El Hunt
Get Even More From Bustle — Sign Up For The Newsletter