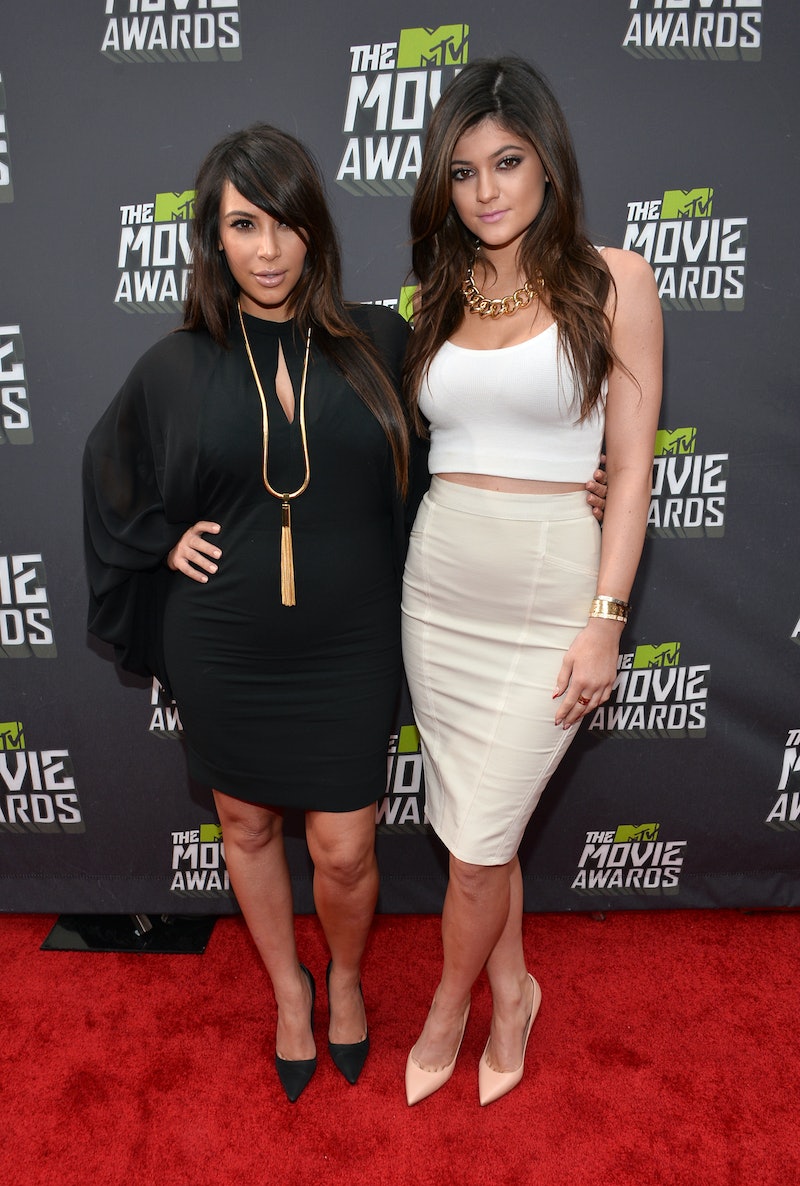 Kris Jenner has some seriously strong genes — all of her daughters look exactly like her, and exactly like each other. So when Kylie Jenner and Kim Kardashian face-swapped on Snapchat, it wasn't one of those hysterical, oh-my-God-look-how-hillariously-different-we-look-with-each-other's-faces numbers. Instead, the craziness was found in how they didn't even look like they swapped faces at all.

In a series of Snapchat videos, Kylie and Kim marveled at how similar they looked with each other's faces, while everyone who follows Kylie Jenner on Snapchat — including me — did exactly the same.

"I think this is the best face swap ever," Kim-with-Kylie's face said in awe.

"I've always wanted to look like you," Kylie-with-Kim's face added.

"The Kim-and-Kylie mix is really so good," Kim-with-Kylie's face pointed out. And despite Kylie's tiny protests to the contrary (something about Kim's face not fitting her body), it is crazy true: Kylie-with-Kim's face is literally another version of Kylie Jenner — and Kim-with-Kylie's face is literally Kris Jenner. WHAT IS THIS KARDASHIAN SORCERY?!

Call it Kardashian kontouring, call it genetics: There's no denying that Kim Kardashian and Kylie Jenner look exactly alike, and this face swap proves it. So it's obviously time for Kylie to round up the rest of her sisters (and mom) and face swap with 'em all. Can you imagine if Kendall and Kris — who look the most alike, in my opinoin — swapped their own faces? Actual identical twins. Twin dancing girl emojis. TWINNING FOR DAYS.