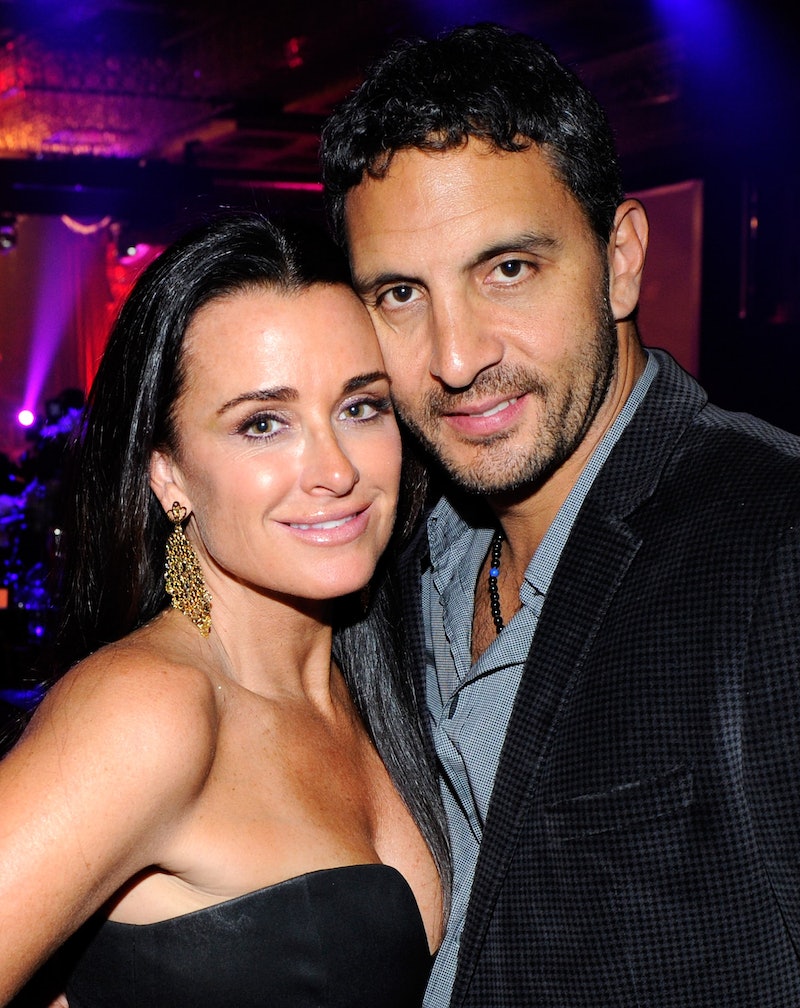 Reality TV couples are different than other celebrity couples because they willingly sign up to have many aspects of their relationship scrutinized with millions watching each week. Some head to TV to find their one true love (The Bachelor), others happened to find their soulmate during their time on the show (lookin' at you, Snooki!) and some simply signed on with their significant other in tow (see: any Real Housewives pairs). Some make total sense (Trista and Ryan forever) and others are weirdly endearing in their own right (hey, Heidi and Spencer) but either way, these couples are the real deal.

These two are, quite simply, the definition of reality couple goals. As the story goes, Trista (née Rehn), was the runner up on Season 1 of The Bachelor , and met her future husband on the gender-swapped spin-off of the show, The Bachelorette, in 2002. The two married in a three-part ABC special called Trista & Ryan's Wedding in 2003. Though she has since appeared on a few reality shows, they've generally kept a low profile, raising their two children in Colorado. They're the cutest.

Nicole "Snooki" Polizzi was famously snookin' for love when she became the breakout star of Jersey Shore back in 2009, and she made no qualms about wanting her very own "Guido juicehead gorilla" but seemed to strike out... until she met Jionni LaValle during one fateful night partying at the Shore. The two married in 2014 and have two children together, proving that summer flings can be the real deal. They're also back on reality TV, except this time instead of getting hammered, they're using them. Yep, Nicole and Jionni's Shore Flip chronicles the couple as they "flip" houses in the New Jersey area. You go, Snooks!

Back in 2011, Hebert appeared on the seventh season of The Bachelorette and found true love in a construction manager from Roslyn, New York when she met Rosenbaum. It was happily ever after for the couple, who went on to marry in a televised ceremony in 2012 (hey, these are reality stars after all!) and have since welcomed a baby boy in 2014. Aw!

Snooki wasn't the only one to find true love down at the Shore! Her best friend also found the guy of her dreams during her time on the show, and this one also had a happy ending: Farley and Mathews wed in 2015. They are the parents to one daughter and have a baby boy on the way, and no doubt already have two built-in best friends thanks to Jionni and Snooki's two kids. I'm obsessed.

This picture-perfect pair also defied the reality TV odds by finding romance on The Bachelor, but not without a few twists along the way. Mesnick had actually given his final rose to Melissa Rycroft, but realized he was really in love with Malaney. The couple were married in 2010 and have since welcomed a daughter to their family. So sweet.

Former MTV VJ (remember those days?), actor, and bestie to Kim Kardashian, La La is no stranger to the spotlight, and she and her basketball star hubby have been together since 2004!. The couple has one son together and wed in 2010, and their wedding was televised on VH1, which sparked the creation of their very own reality show, La La's Full Court Life . The show aired for five seasons and chronicled their adjustment to married life. Looks like the ball really is in her court!

Oh, these two! Speidi was definitely the couple every reality fan loved to hate, thanks to Pratt's destruction of the best BFF pair ever, Lauren and Heidi. They've consistently attempted to drum up controversy since their time on The Hills ended in 2010 and appeared on several reality shows. They've been mocked and criticized, but you've gotta hand it to these two: They've somehow made their love last. They currently keeping a much lower-profile, instead creating their own reality show by way of their Snapchat accounts. And they've since moved away from "the hills" that made them famous, instead living quietly near Santa Barbara, California.

Another Bachelor success story! This pair appeared on the show's 17th season, and were married in 2014. They are expecting their first baby this year, and give hope to all future Bachelor contestants that are looking for everlasting love.

These two! Rinna affectionately refers to her husband of nearly 20 years (!!) by his full name, and often shares some TMI quips about their private life, but somehow he doesn't seem to mind. He doesn't frequently appear on the show, but when he does, the love between them is palpable. They're one of the best Housewives couples, and I'd be devastated if something happened to them!

The country crooner and football star are definitely one of the most photogenic couples on the planet, and their romance was chronicled on a short-lived E! series called Eric & Jessie: Game On back in 2014. They've since welcomed two children and share plenty of sweet snaps on social media, proving that they are, hands down, one of the cutest reality families ever.

Though MTV's longest-running reality series is known more for crazy drama and one night stands, one couple managed to find real love. Ling and Winick met on the third season of the show back in 1994, and have been together ever since. They married in 2001, and now have two children together. They don't appear on reality TV anymore, but they have made it their mission to advocate for sufferers of HIV/AIDS after losing fellow Real World castmate and close friend Pedro Zamora to the disease in 1994.

Yep, Campos-Duffy was on the same season of Real World as Ling and Winick, but she found love while competing on Road Rules back in its heyday in 1998. She and her husband are still in the public eye, albeit a much different public eye now: He's a politician in Wisconsin, and she is a political consultant, frequently appearing on The View. They have seven children together. Amazing!

This duo met on Survivor: All Stars back in 2003 and the rest is reality TV history: Amber won the show, and Rob was the runner-up, but they found a perfect match in each other. They went on to appear on other shows, such as The Amazing Race together, proving that it is possible to survive a reality show and come out stronger in the end.

Reilly and Villegas met while filming Big Brother 12 in 2010 and fell in love on the show. "Brenchel," as fans called them, married in 2012. They, too, parlayed their reality fame by making several TV appearances, and are expecting their first child together. They're definitely a fan favorite, so it's exciting to see how far they've come!

Aside from being stunningly gorgeous, these two are loving, hilarious parents to three children and Richards' daughter from her first marriage. They never seem to have any drama and are always supportive of each other, and it's lovely to watch. Bravo, you two!

It's so sweet to see that these couples have made it work, especially for some, after the reality spotlight has faded. And with so many reality babies already here or on the way, I can't be the only one who hopes for a future reality babies TV show. VH1 or Bravo, give me a ring and we'll chat!