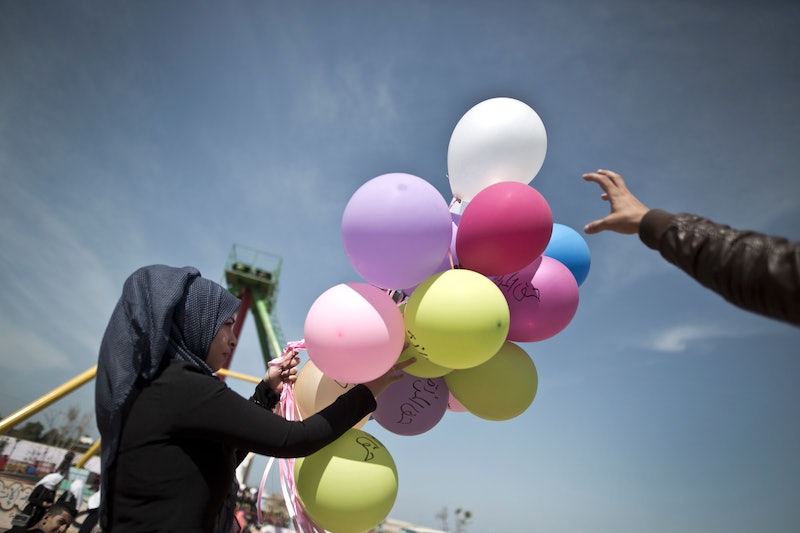 March 8 is International Women's Day, and in its honor, it would be cool to play some small part to raise awareness for women's causes — or to donate to an organization which fights for women's rights around the world, if it's within one's financial capacity. There are a number of organizations that exist to help women in all types of scenarios, from broken homes to healthcare access to accessibility to food and water. These groups are doing their part to make the world a little more livable for women in difficult situations, promoting their equality every day.

Listed below are some popular organizations, as well as a few that are lesser-known in the U.S. There are many groups helping women across the globe, so this list includes some diverse causes to cover a range of issues. Of course, if a particular issue isn't listed here, it's very likely that there is in fact some organization out there working on it. Even so, this list encompasses a lot, so check out the links to see what else some of these groups may handle in addition to their primary causes. Awareness is the first step toward making progress.

UNICEF is well-known for their work in various fields internationally. They work with businesses, foundations, faith-based partners, civil society organizations, and NGOs so closely that the UNICEF website is a database for organizations all by itself. For instance, UNICEF is partnered with a group called Zonta International, which empowers women through education, fundraising, and advocacy.

The Girl Scouts Of The United States

Everybody knows about the cookies, but not as many know about the great work this organization actually does. For over a century, the Girl Scouts have empowered young girls along their journeys toward becoming able, confident women. In addition, the group uses research to better pursue its goals, donating to worthy causes along the way. They also raise awareness among young people of environmental causes, STEM learning, and even faith and tradition.

The American Association Of University Women

The American Association of University Women is a grassroots organization that has worked for over 130 years to improve the lives of women and their families. They're involved in a variety of issues, like equal pay for equal work, educational funding, and salary negotiation. This group takes donations, but also seeks volunteers.

The National Council Of Negro Women

The National Council of Negro Women works to promote equality for women in the black community. They advocate for women of African descent using research and available resources, so that they in turn can support their communities and families.

The League Of Women Voters Of The United States

The League of Women Voters has chapters around the country. This organization works to engage all citizens — including women — in the voting process. Especially now, this is a great cause.

The National Organization For Women

The Women's Sports Foundation exists to advance the lives of women through sports and physical activity — something the world needs in order to create a proverbial equal playing field.

The Global Fund For Women

The Global Fund for Women advocates for women's rights on a human rights scale. They empower and champion women who build social movements to change the direction of societies around the world in favor of equality.

The Afghan Women's Writing Project is a wonderful idea for promoting literacy and creativity in women who historically have had no access to such education. It even allows women from around the world to serve as mentors to those learning to write.

Since 1993, the international organization Women for Women has helped over 429,000 women in war-torn countries move from crisis situations to stability and safety through learning skills and accessing education.