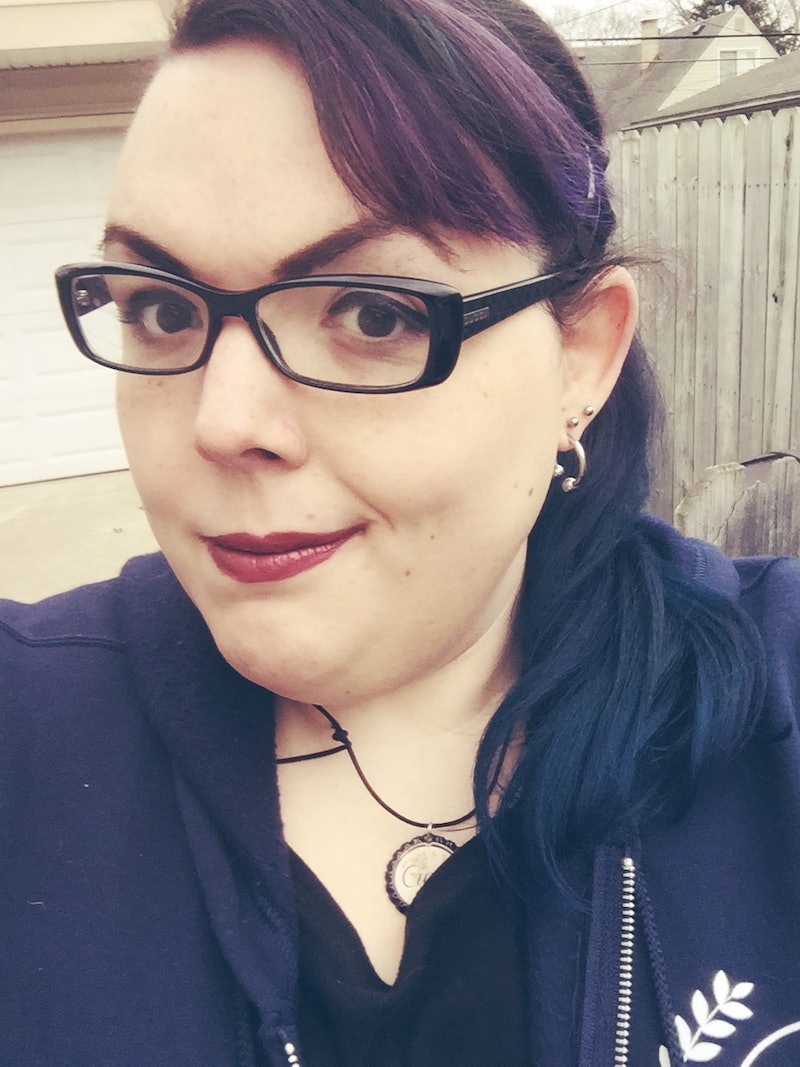 The traditional writing of history would give you the impression that anything important ever accomplished was accomplished by men alone, ignoring the contributions of half the world's population most of the time. It's for this reason that March has been designated Women's History Month in the U.S. since 1987, when, for at least one month out of the year, the accomplishments of women throughout history are actually acknowledged. But, as a transgender woman, Women's History Month doesn't feel like it's for me.

It's a big deal for women, especially young women, to have the opportunity to see themselves as having a part in history, and Women's History Month certainly has made significant strides in raising awareness of the important work that women have done, and how they've shaped the world throughout history. Unfortunately, Women's History Month fails in precisely the same way that so much of mainstream feminism fails — in its exclusion of lesbian, gay, bisexual, and transgender women from its narratives, and from the history as a whole. Though I'm a woman, my queerness and my trans-ness mean that Women's History Month isn't a place where I see my experiences reflected.

It should also be noted, of course, that women of color are excluded in a very similar manner, but I'd prefer to leave that criticism to someone who isn't a white woman.

Feminism's rocky history with the LGBT movement is well-documented, if often swept under the rug. In 1969, while serving as the President of the National Organization of Women (NOW), Betty Friedan famously referred to lesbians as "the lavender menace," fearing that queer women would taint the women's rights movement, and that their "man-hating" ways would discredit the entire movement. While the outward homophobia in mainstream feminism has abated in the years since then, the patina of respectability politics that drove that sentiment still seems to hang over events like Women's History Month, leaving the important lesbian, gay, and bisexual women of history rarely included in the lengthy lists of laudable women that appear each March.

The clash between the feminist movement and trans women, and the consistent failing of feminism on trans rights, is a much more contemporary issue, and a certain regressive subsection of feminism still denies the womanhood of trans women outright. This is also steeped in the same respectability politics, the same overwrought fears that drove a division of second-wave feminism in the 1970s, only directed at a group with far less political capital and at far greater risk.

From the majority of the events and writing that surround Women's History Month, it'd be easy to get the impression that queer and trans women have contributed little to nothing to the advancement of mankind. Even when queer or trans women are included, often their identities are erased or glossed over. To proclaim something to be "Women's History Month" and exclude our contributions is to essentially erase us as women, as if queer and trans women are somehow not "woman enough" to be included with the other celebrated female heroes.

Of course, we have made significant contributions, and we do have a place in history, no matter how unacknowledged.

Queer women were a major part of the fight for women's suffrage. We have places in entertainment history through women like Josephine Baker, Greta Garbo, Billie Holiday, and Ma Rainey. We're a part of art history through Frida Kahlo, Patricia Highsmith, Amrita Sher-Gill, and many others. We're in the history of science through people like Margaret Mead, Louise Pearce, and Sonja Kovalevsky.

From the majority of the events and writing that surround Women's History month, it'd be easy to get the impression that queer and trans women have contributed little to nothing to the advancement of mankind.

The contributions of trans women like Marsha P. Johnson and Sylvia Rivera to the LGBT rights movement are clear, but often erased. The woman credited as the primary pioneer of electronic music, Wendy Carlos, was trans. She also won three Grammy Awards. Lynn Conway, one of the pioneers of modern computer science and emeritus professor at the University of Michigan, is also trans. Trans actresses like Holly Woodlawn, Candy Darling, and Caroline Cossey broke major ground in the film world decades ago, and women like Laverne Cox and Alex Billings continue to do so now. Including queer and trans women when discussing women's history is absolutely critical, as it normalizes our existence throughout history. We are not a recent addition to the world. We've been here, working, contributing, and advancing just as much as any other woman, and it becomes much harder to label us as "other" when we're shown as a part of that history.

As important as it is for the general public to be aware of the places that queer and trans women occupy in history, it's even more important for younger generations of LGBTQ community to see themselves reflected in the history they learn. Even with the progress we've made in LGBTQ rights over the past few decades, lesbian, gay, bisexual, and transgender young people still face an uphill battle for acceptance, and still struggle to see a place for themselves in the world at large. If we can make Women's History Month about the history of all women, and stop erasing the queer and trans identities of women from the past, and indeed celebrate our contributions, perhaps we can help our children and young adults see a future where they too, are a part of shaping the world.