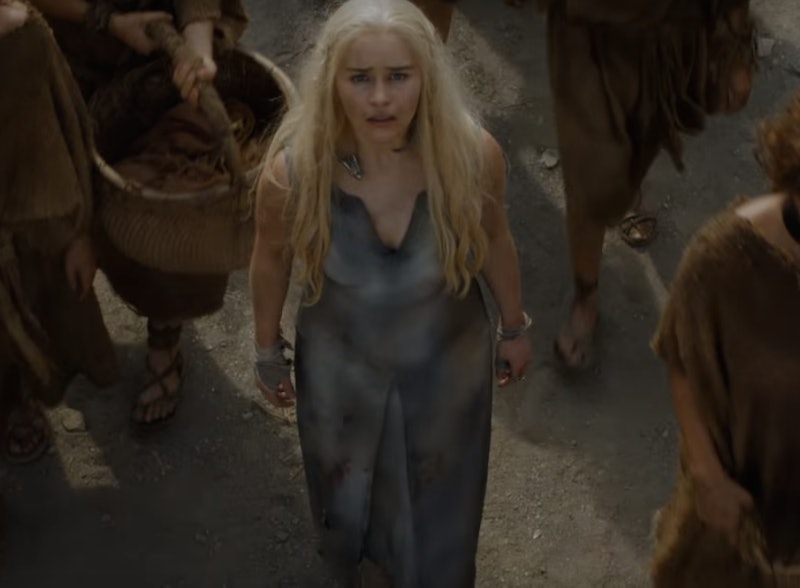 Game of Thrones is ready to kick off its sixth season, and HBO just released a brand-new trailer to prove it. However, aside from its depiction of the growing intensity in the storylines of everyone's favorite characters, one other thing caught my attention: The song playing in the Game of Thrones Season 6 trailer. What is it? As it turns out, the song is James Vincent McMorrow's cover of Chris Isaak's "Wicked Game." And yes, I'm already trying to find a way to download it onto my phone. The haunting track not only adds to the overall feel of the show, but is also another thing fans can use to help tide themselves over until Season 6 finally arrives — apart from watching the trailer itself a countless number of times, of course.

The Season 6 trailer uses the chilling song to emphasize the fear and violence felt throughout Westeros. However, the most impactful moments of both the trailer itself and how it meshes with the song comes to a peak in moments like Melisandre's declaration that, "The great victory I saw in the flames, all of it was a lie.” The song ultimately pauses for fans to hear Cersei proclaim: "I choose violence." From there on out, the intensity both of the clips and the music itself increase. Let's just say that this season is definitely going to be worth tuning into (even if Game of Thrones in general is worth tuning in to).

The featured voice, James Vincent McMorrow, released his first album, Early in the Morning, in 2011, followed by a 2012 EP titled We Don't Eat. And in case you were wondering, all of his music does seem to hold on to that same hauntingly mellow tone that we can hear in "Wicked Game." However, I highly doubt HBO is going to find a song of his more fitting to the series than that one. The battle begins again on HBO on April 24th. And it's going to be a great game.