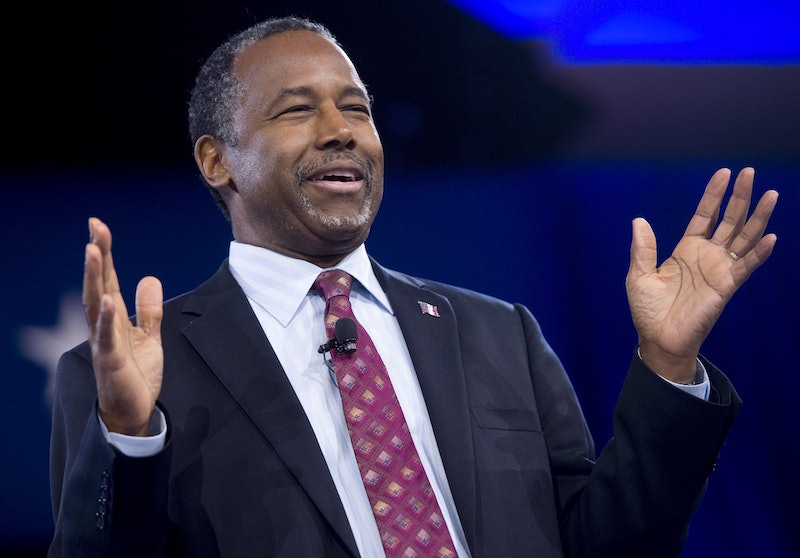 If you've been following the GOP's chaotic battle for the presidential nomination, then the headline of this story might confuse you a little. After all, retired neurosurgeon Ben Carson officially dropped out of the race on Friday after a soft-spoken showing throughout many debates and primaries. Still, he managed to get a noteworthy share of the vote in Mississippi on Tuesday. At one point, he was even beating Florida Sen. Marco Rubio. The resulting jokes about Ben Carson's Mississippi performance may have been the most entertaining part of what many are calling Super Tuesday Round Two.

It's a shame that Carson didn't manage to steal more votes from Republican frontrunner Donald Trump, who ultimately won Mississippi's primary, earning at least 20 of the state's delegates in the process. What's more, Mississippi might not be the only place where Rubio has to compete with some die-hard Carson supporters. On Tuesday morning, Carson tweeted a reference to a poll which showed that 56 percent of Florida Republican primary voters would vote for him in the state's upcoming Senate primary. Said race is for Rubio's Senate seat; he has declined to run for reelection in order to pursue the presidency. Unfortunately, Rubio's prospects looked bleaker than ever after Tuesday's results rolled in.

Between Rubio's disappointing performance in Tuesday's contests and Carson's unexpected support, it was hard to tell which candidate (or former candidate, as it were) made the better punchline for social media. Clearly, Rubio has a long way to go if he wants to win the nomination. Meanwhile, Carson may be getting more attention now that he's dropped out of the race than he ever did as a candidate.