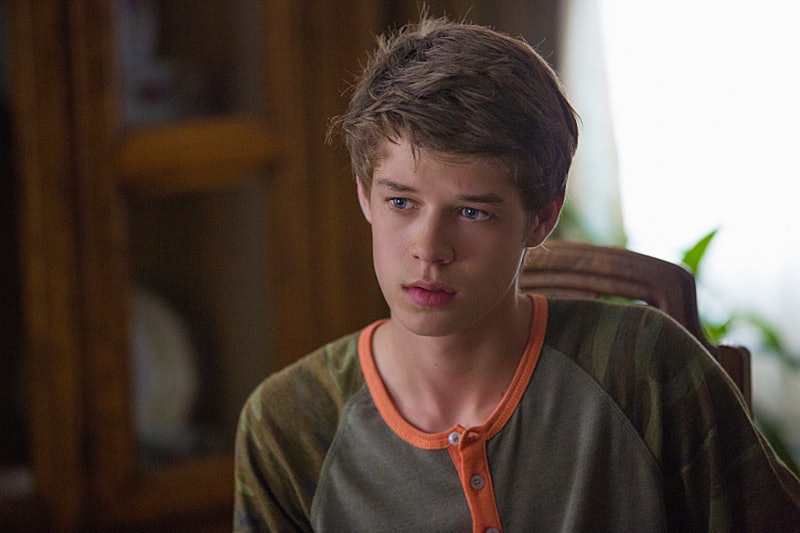 A Letter to the Residents of Chester's Mill:

Now, I'm not the kind of person to write to our little town paper complaining about some pesky business that's best dealt with by the people it concerns. I'm no lookie loo. No siree, Bob! But when this… thing, this dome descends from Heaven Above and threatens the sanctity of our small town? Well, etiquette be darned, I'm not going to sit idly by as our Friends and Neighbors fall prey to the forces of evil and depravity. We each of us have a moral obligation to Chester's Mill.

You want to know what's really got my panties in a twist? It's these "charging" parties the kids are attending ever since the dome came down. You've heard about these, right? Parents out of town, maybe permanently, and their ne'er-do-well sons and daughters sucking their generators dry to power all their electronic toys. Phones. Computers. Doodads. 40-50 hormonal teens in a small place syphoning power to their devices to play a game about irate cardinals. Two things:

Now I was of that age once, I'll admit it, and we did some pretty wild stuff. Stuff I wouldn't want printed in a newspaper such as this one (you will print this letter, right?). But then, things were so much more innocent in those days. We weren't grapevining our privates and trading baseball cards for birth control pills. Things have changed! I look in some of these kids' eyes, like that Big Jim's son or the math whiz, what's-his-name… and all I see are sex-crazed monsters. Charging, always charging. Don't ask me how this relates to the sex they're having, as I'm not up on modern customs. For all I know they could be plugging those power cords right into their hindquarters.

The way I grew up, "charge" was what you yelled at your football team to get them excited and possibly re-set the whole game. It had nothing to do with sex favors, certainly nothing to do with Steve Jobs (we didn't know who he was!) or the absent-parent crisis. But, under the dome, we're living in a world where teens have even less respect for the work of their parents and what it's afforded them. Everyone could use a good smack upside-the-head, I say. But in the meantime — keep your outlets well-hidden. Don't trust anyone using words like "touchscreen" or "adapter." And call the cops on any group of teens larger than three.

More like this
Eleven Turns To An Unlikely Source To Regain Her Powers In Stranger Things 4
By Brad Witter
The Grey's Anatomy Season 18 Finale Finally Revealed If Japril Got Back Together
By Brad Witter
'Obi-Wan Kenobi' Takes Place After This Key Star Wars Movie
By Arya Roshanian
Everything To Know About Marvel’s 'Thor: Love And Thunder'
By Grace Wehniainen
Get Even More From Bustle — Sign Up For The Newsletter