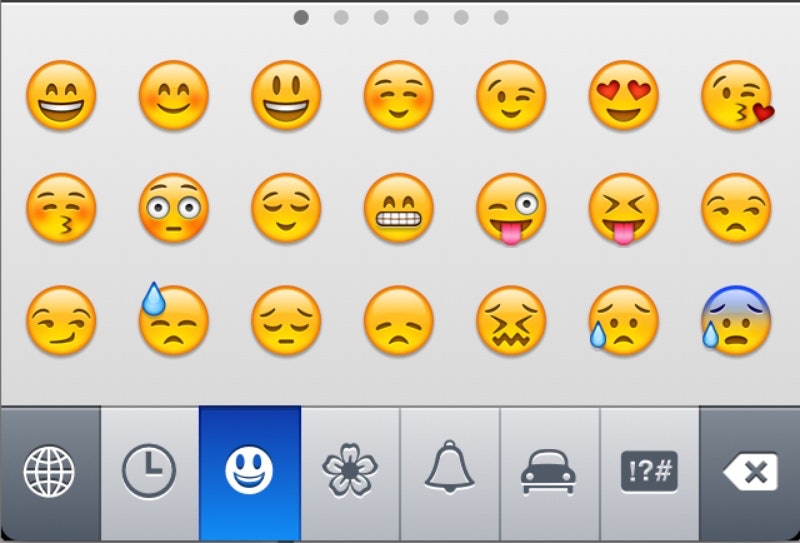 Not sure what I was thinking when I got a creative writing degree in poetry, what some might call a very archaic artform, but I think that's the very point — poets often feel a compulsion to bring poetry into everything, and I was no exception. Feeling validated today, then, after seeing the lovely Emoji poetry that Carina Finn and Stephanie Berger, best friends and both poets, made through text messages. Emoji, the collection of emoticons that are surely littering every one of your texts and include classic symbols like "sad face" and "thumbs up" but also "smiling poop" (I relate to this one) and "two girls holding hands" (very progressive, Emoji), has been elevated into an artform. And not just with Berger and Finn's wonderful emoji-poems, but also with the crowd-sourced version of Emoji Dick and the recent Emoji Art and Design Show in New York.

Berger and Finn began the project unintentionally and organically; apparently Finn sent Berger a text message rich with emoji which, instead of responding with a rote response like "lol" or in kind with a series of her own emoji, Berger then translated the text into a poem. The correspondence continued, and the result is a series of funny and fun but also poignant and very personal poems that combine a visual vernacular with traditional language. They're still not so far off from texts you would send to your best friend — if your best friend was, like Berger, the co-executive director of the Poetry Society of New York and ran The Poetry Brothel. Of the poems, Berger says this:

The emoji poems saw us each through a few different lovers, several jobs, three countries, three seasonal wardrobe changes, and even hurricane Sandy. I think of the poems as operating within a kind of secret language between girls; they are filled with our secrets, and only we know the code.

One of the poems is below, and you can see the second one at Styleite or Smoking Glue Gun.