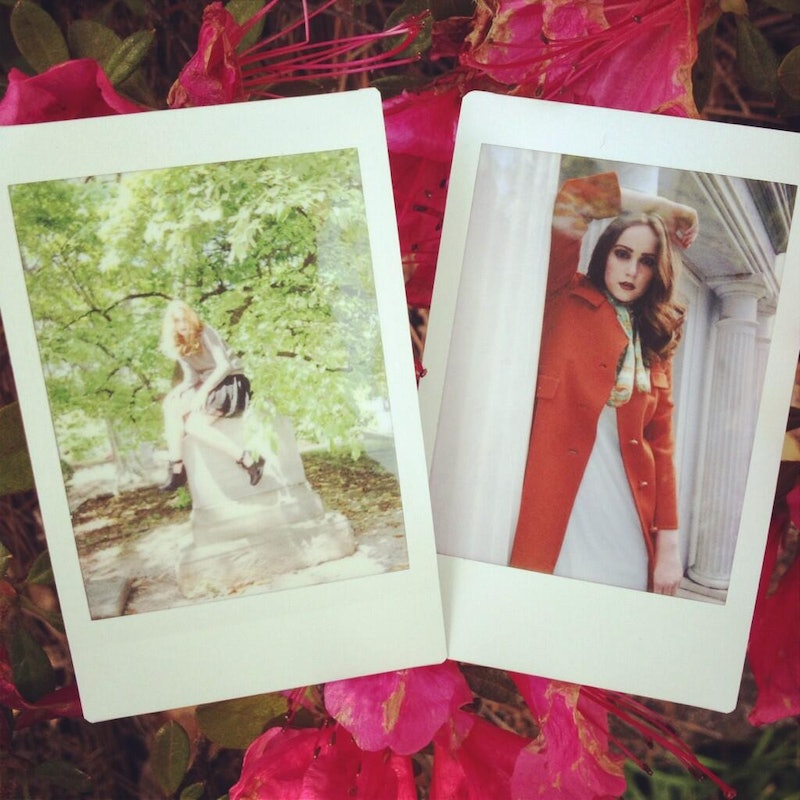 When I was a little girl, I remember thinking of 6 as the ideal dress size for an adult woman. I have no idea where this came from, whether it was something I overheard a grown woman saying or something I'd seen discussed on television. Either way, there it was in my mind: size 6. Perfect. Ideal.

I've since realized that there is, of course, no 'ideal dress size.' But when I read Madeline Hill's account of being told she was considered plus-sized by the modeling industry at size 6 , I thought back to when that very number was my own dream dress size.

In an essay penned for Fashionista, Hill recalls being 17 years old and trying to get modeling jobs in New York. She weighed 135 pounds, making her a healthy, if very slim, weight for a girl of her height."I used to weigh less, much less," she writes, "while working as a high-fashion model in Tokyo just a year and a half before. I was 5’11, a size two, and weighed 120 pounds. This weight was still considered “too big” by my agency who suggested that I tone-up."

By the time she came to New York, Hill had been modeling less and keeping herself healthy ("[T]hose days of eating hard-boiled eggs and plain yogurt were behind me"). Still, she wanted to pursue modeling work and, with the permission of her mother agency, met with the top seven agencies in New York.

Hill, who is a stunning redhead, never received any calls from these agencies. It was at the final agency, one who "represents some of the most famous models" in the industry, that she was told to consider plus-sized modeling.

Modeling a young age gave me a thick skin, which I still have to this day. But being called plus-sized before I’d even graduated from high school was something I wasn’t ready for. It felt like a was being told to tick a box marked 'other.'

The problem with the suggestion is two-fold. One, it shows how skewed a perspective the modeling world has on the proper weight for a young woman. A size 6 should not be considered a large size for a girl who is 5'11''. If maintaining a certain weight requires a strict diet of hard-boiled eggs and yogurt, as Hill stated was true of her previous 120 pound measurement, it is not a healthy weight.

Second is the issue of the term 'plus-sized' in general. I would love to see the phrase totally abolished from the societal vocabulary. As Hill states, it automatically creates an idea that some sizes and shapes are abnormal or strange or just too large. That isn't the message we should be sending to women.

Eventually, Hill did pursue a plus-sized modeling career. It turned out to be a great move for her, allowing her to continue doing what she loved without having to starve herself or worry about fitting into the sample sizes. As she brilliantly put it in her piece for Fashionista:

Plus-sized modeling has allowed me to accept my body, but I still don’t like the label. Separating models by their size is where the problem lies. I think that having one category without labeling whether models are “plus” or just traditionally thin (technically called “straight-sized”) would alleviate the pressure models face to fit into one end of the spectrum or the other.