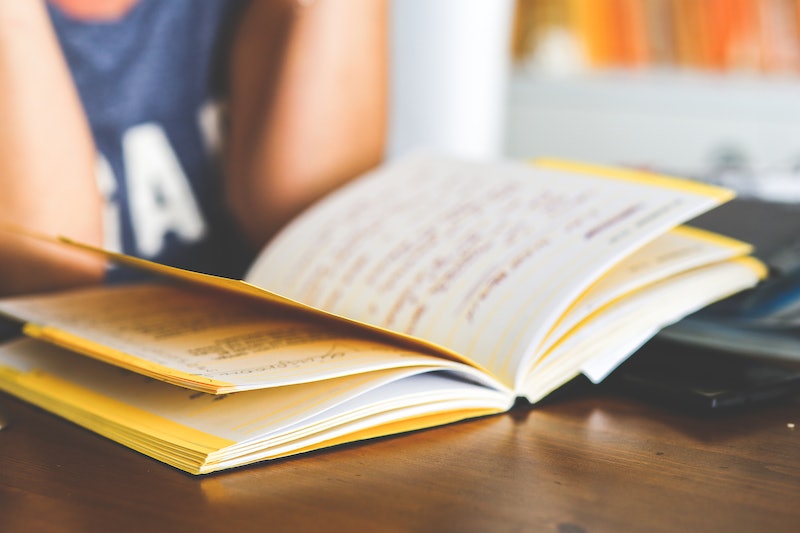 Is it ever possible to have too much confidence? Actually yes, according to a new study published in Journal of Experimental Social Psychology which found that overconfidence can stunt intellectual growth. For many of us, building up confidence, whether to assertively lead a meeting like a boss, or to ask the cutie at the coffee shop out on a date, is a constant battle. We are all too familiar with the detrimental effects of lack of confidence, but for quite a few, overconfidence may be equally harmful.

In order to evaluate overconfidence and how overly positive self-assessment of one's intelligence alters the ability to learn, researchers tested 53 college students using three different studies. They examined an element of overconfidence called “overplacement,” which refers to excessively positive beliefs of how one compares to others.

To assess who was the most confident and the reason behind their belief, researchers evaluated the subjects based on their views concerning the two theories of intelligence: the incremental (or growth) theory and the entity view. The growth theory holds that intelligence is changeable and can be accumulated over time with hard work. The entity theory is characterized by the belief that intelligence is fixed and cannot be changed.

The first test examined whether those who believed the entity theory overestimated their ability (showing greater overplacement). The students were asked to rate the validity of expressions varying from “You have a certain amount of intelligence, and you can't really do much to change it” to “You can always substantially change how intelligent you are."

The participants then completed a multiple-choice test composed of questions pulled from the GRE test prep guide. Afterwards, they were asked to rate their confidence on how well they thought they did compared to the other students. As predicted, those whose personal beliefs aligned with the entity theory showed higher levels of overconfidence in their performance than the other participants.

In the second study, the students were told they were going to be tested on reading comprehension and were randomly assigned one of two scientific articles. One article supported the entity theory of intelligence and the other purported scientific evidence leaning towards a more incremental theory.

After reading the articles, students then took a test similar to the one in the first study with problems varying from very easy to moderately difficult to very difficult. The computer recorded how much time each student spent on the problems. After completing the test, they were asked to guess what percentile their results would fall in.

Yet again, those who read the entity article showed greater overconfidence than participants given the incremental research. However, the entity theorists also spent less time viewing the difficult problems compared to the incremental group. “Growth theorists weren't threatened by challenging parts of the task and didn't feel the need to bask in the glow of the parts that were easy. This more balanced way of completing the task left growth theorists with a better understanding of how well they did,” explains lead author and Washington State University psychologist Dr. Joyce Ehrlinger in a press release.

In the third experiment, researchers attempted to manipulate and lower the subjects’ overconfidence by forcing students to spend more time focussing on the difficult problems. As they found in the second exam, overconfidence is often maintained by turning attention away from the tough or demanding items, preserving the positive view. The students again rated their theory of intelligence beliefs, and filled out a quiz with ten easy questions and ten which were very difficult. They were asked to review their work on either the easy or hard questions while performing secondary tasks, and afterwards judged their performance. In the third test, the entity theorists showed humility for the very first time. When they were forced finally to pay attention to the difficult problems, their confidence wained to that equal to their incremental peers. “You have to understand and acknowledge what you don't yet know in order to truly learn,” Dr. Ehrlinger explained.

This study has implications that reach outside the classroom. We see examples of overconfidence everyday on the street. According to previous research, users of transportation such as motorcyclists, drivers, and even bungee jumpers display overconfidence, overestimating their ability to handle their equipment safely. Overconfidence also has fiscal and health consequences, as both doctors and lawyers have been found to be overconfident in their “job-related knowledge and skills.” The key with confidence is to not let its affects slow you down, and to continue grow and improve. Dr. Ehrlinger adds, "A little bit of overconfidence can be helpful, but larger amounts of overconfidence can lead people to make bad decisions and to miss out on opportunities to learn."

More like this
What Dreams About Being Lost Mean, According To Experts
By Carolyn Steber
An Honest Review Of The TikTok-Famous WalkingPad
By Kaitlyn Wylde
5 Crystals To Lower Your Anxiety
By Megan McCarty
5 Crystals To Manifest Better Sleep
By Megan McCarty
Get Even More From Bustle — Sign Up For The Newsletter