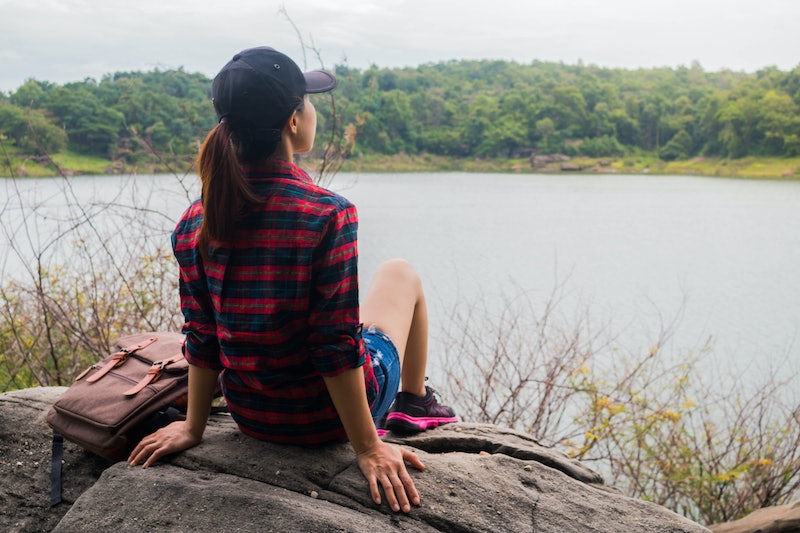 Even the most outgoing, unflappable extroverts worry about social situations every once in a while; overanalyzing an offhand remark you made to someone you'll never meet again is part and parcel of the weirdness of being a human. However, a propensity for awkwardness isn't necessarily a sign you have social anxiety disorder. While shyness can certainly have a negative impact on your social life, social anxiety disorder, aka social phobia, is characterized by extreme, crippling anxiety and self-consciousness in social situations — it's less "having trouble starting conversations" and more "worrying so much about going to a party that you have a panic attack and stay home."

Social phobia affects an estimated 15 million Americans, but it's one of the most commonly dismissed psychiatric disorders, largely due to a lack of understanding in pop culture. Like many anxiety disorders, its symptoms are frequently brushed off — everyone gets nervous sometimes, so people with social anxiety disorder just have to get over themselves, right?Wrong, of course. It may be possible for someone without the disorder to power through shyness and enjoy certain social situations, but for someone with social phobia, the nervousness and fear of being judged is so crippling that they can't function, or they do so with extreme distress. That's what takes the symptoms into disordered territory: The fear of social situations is so strong that it disrupts your daily life.

Fortunately, social phobia is manageable once it's been diagnosed; like many mood and anxiety disorders, it's typically treated with talk therapy, medication, or both. The key is recognizing the problem in the first place. The following signs of social phobia aren't an exhaustive list, nor is it a substitute for a diagnosis from a trained professional — but if you're wondering whether you might be experiencing the disorder, the following list is a good place to start.

1. Your Self-Consciousness Is Incapacitating

Part of being a member of society is accepting that other people will judge you; if we weren't worried about what others would think, the world would be a much more awkward (and probably crime-ridden) place. However, there's a difference between stressing out about a new haircut and being so terrified of judgment that you feel sick when you meet someone new — and the latter is one of the defining characteristics of social phobia. This self-consciousness is only exacerbated by the following symptom.

2. You Blush, Feel Nauseous, Or Experience Other Physical Symptoms Around People

Anyone prone to blushing knows the powerless agony of feeling the heat creep up your neck and into your face, usually while someone is pointing and laughing at your red face. Unfortunately, people with social phobia frequently blush, sweat, feel nauseous, or experience other physical symptoms of fear around other people, which may only compound their fear of being judged.

3. You Worry For Weeks About Upcoming Events

"Anticipatory" anxiety, as it's also known, is one of the most common characteristics of social phobia. People with social phobia frequently agonize over an upcoming social situation — parties, public speaking, and so on — for days or weeks beforehand, which only feeds into the anxiety.

4. You Can't Talk To Other People, Even When You Try

Again, there's a difference between social phobia and just awkwardness; sticking your foot in your mouth requires that you're able to approach someone in the first place. As the National Institute of Mental Health points out, people with social phobia often experience anxiety at the thought of being around other people and have difficulty talking to them, even when they desperately want to. Needless to say, this makes it difficult to make or maintain friends.

As Web MD points out, people with social phobia are so worried about humiliating themselves that they may go to great lengths to avoid certain social situations or even the prospect of other people altogether.

6. You Know It's Unreasonable, But You Can't Stop Worrying

Lastly, people with social phobia understand their fears are disproportionate or unreasonable, but they can't stop worrying when they try. (Again, that's one of the biggest red flags of disordered behavior.) Fortunately, that's where therapy comes in. Once you've identified that something is wrong, you can start addressing the problem.