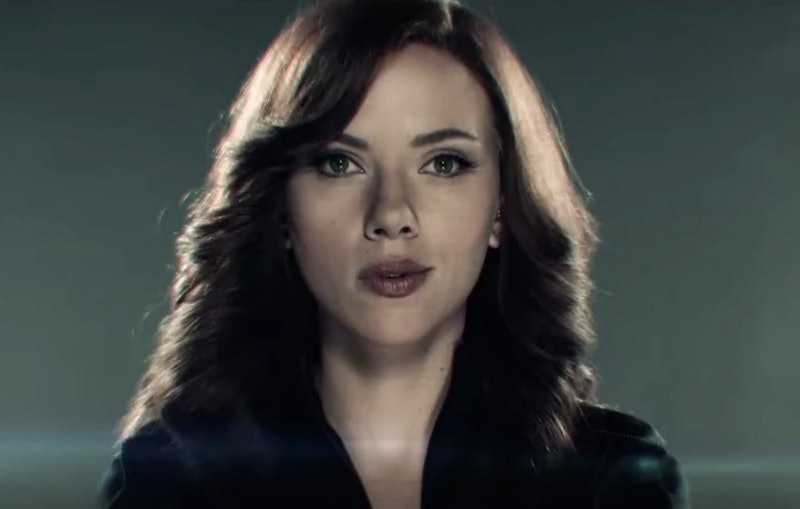 Not that I typically expect too much out of them, but the new Captain America: Civil War teaser trailers are as vague as they are quick. On the bright side, at least we have two of them to tide us over until the world trailer premiere on Thursday. But, then again, they're only 17 seconds long. That's only a measly 34 seconds of Civil War goodness to fawn over, and it just doesn't seem like enough, does it? But we have to work with what we got. And if you take a closer look at the teasers, you might notice that as ominously cryptic as they are, they do let us in on the situation in the film at least somewhat.

How can the teasers possibly give us any info in such a short time frame, especially with the characters in a soap opera-esque montage of lingering camera glances? Well, it's all in their demeanors, of course. Because, while these superheroes could have all looked stoic and determined, they don't. There are some who give off a questionable vibe considering the nature of the film, and it has me quite intrigued.

Here are what the expressions on the Captain America: Civil War characters faces might be telling us:

Everything considered, good ol' cap looks pretty much how I'd assume someone at the helm of a civil war would look. Ready to fight.

Is it just me, or does Falcon look even more pissed than Captain America does? Does this signal something big in his story? Has he been personally wronged?

Scarlet Witch looks decidedly melancholy. Not what you'd expect from someone whose best bet in the midst of battle is to not show emotion. Something must happen to her— whether it's the fact that she's on the fence as to her stance, or a loss, I'm not sure.

Nothing too concerning, here. But it looks to me like Cap will be glad to have him on the team.

Like Ant-Man, his expression is fairly difficult to read. My conclusion? He looks like a good soldier.

We know that when Steve confronts him in the first trailer, and calls him a "wanted man" he professes that he "doesn't do that anymore." Then what is up with this sinister look? I think we'll see him struggle between the past and present versions of himself.

As evidenced in earlier trailers, Iron Man is not pleased with Captain America, and he echoes sentiments of betrayal. He doesn't look like he wants to forgive anytime soon.

Black Panther looks determined, though not as personally invested as the forlorn and ire-filled Iron Man appears to be, and it makes sense. Chadwick Boseman, who plays Black Panther, said to IGN that,

He sees both sides of the coin. He sees both sides. It's necessary to stop crime and to protect your country. He understands that, because that's what he has to do. But there's a way to do it that is the best way. Like if it was the Art of War, it would be like, how can you inflict less pain? How can fewer people die and still win the war? He's a tactician. He's a strategist, so he appreciates that thought process. So it's both sides.

This guy looks like he is out for blood. Watch your backs, Team Cap. ...It also sort of feels like he's staring into my soul. I'm... going to move on now.

Welp. Can't tell much when he's behind a mask.

OK, her smirk is confusing. You'd think that she'd be frowning given the fact that she's on Iron Man's team, but clearly tried to warn Captain America of impending danger in earlier trailers. Has she gone dark?

The wait for this movie is now more painful than ever.