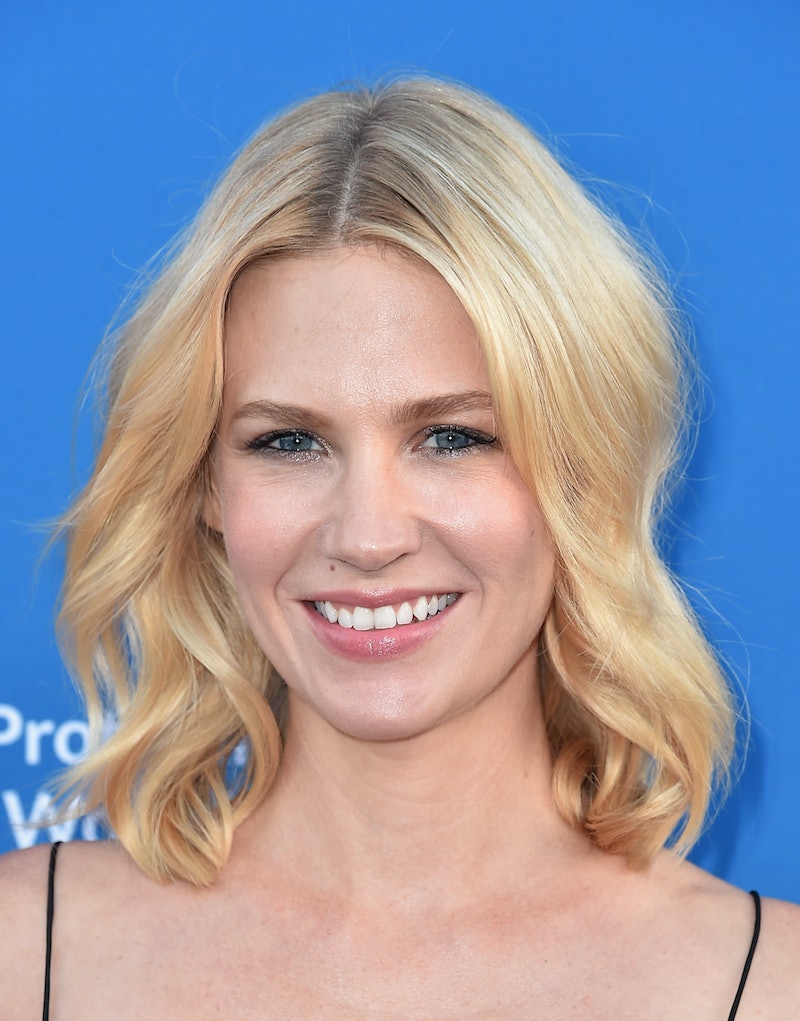 I fell in love with her as Betty Draper, but January Jones' hair, beauty, and style IRL are just as (if not, more) on point. For this reason, I strongly believe January Jones could be the perfect fit for a hair campaign. If you've been paying attention to her Instagrams and are wondering if January Jones landed a Kerastase campaign, then you aren't alone. She's been teasing us in a major way, but here's everything we know.

Jones is basically anti-Hollywood on Instagram, showing off embarrassing childhood photos and making fun of herself on the regs, so when she started posting snaps of herself with Kerastase in Paris, I wasn't sure if she was serious or joking, but according to Elle, it seems to be totally true. The Mad Men actor is partnering with Kerastase, and this is a campaign that I cannot wait to see.

Along with a playful shot of her joking around with a hairbrush, Jones posted a selfie in front of an old Kerastase ad with the caption, "Found this chick in Paris, she's cute eh? Announcing my partnership with @kerastase_official #nutritive." Though there hasn't been an official word and we don't know what capacity Jones will be working with them in, I think it's safe to say that some collaboration is happening, and a future campaign may be coming soon.

She's even low-key about major announcements like this. Could she be any cooler?

Basically, that would be me.

Jones is the perfect choice for this campaign, not only because she has a flawless hair track record:

Although, maybe in this time period, not so much....

But also because most hair campaigns usually feature long, cascading, thick hair, which is gorgeous, don't get me wrong, but Jones's short and modern lob is just as fab, and it's time we continue trying to change the stereotype of what constitutes beautiful hair.

I can't wait to see a full campaign in the hopefully near future!