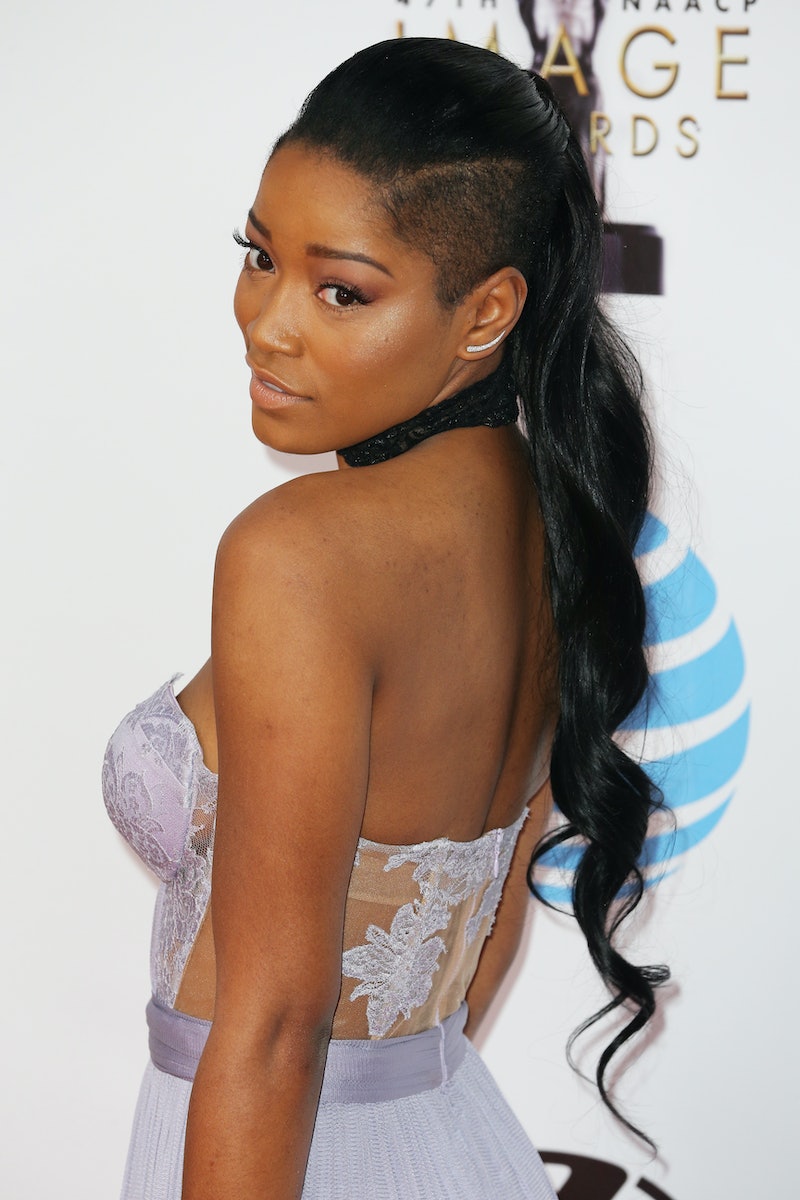 Meet Keke Palmer. No, not Akeelah Anderson, the overzealous spelling bee champion from the inner city, or True Jackson, the teenage fashion mogul ready to take on the world, but Keke Palmer, the actress, singer, and voice of a generation. Over the last decade, Palmer has amassed over 40 television and film credits to her name, released an album, and recently became the youngest television host in TV history, so hard work isn't something she does. It's who she is. Now, at 22 years of age, and at the height of her acting career, Keke Palmer is ready to make her return to the world of music. The first single to her new album, which has yet to be named, is "Enemiez" featuring Jeremih. "I was hell bent on making sure that I keep my R&B roots," Palmer tells Bustle of her new sound. "So, once I stopped being so afraid of all these other different things of 'this sound or that sound' or 'do I sound strong enough'… once I just got down to making music that actually touched me, it became so much more of an easier thing. It was fun again."

With her last album So Uncool released in 2007, Palmer knew that she needed to put out a single with a strong message that was different than anything on the radio right now. The result was "Enemiez," a collaboration that was born out of a bad relationship experience Palmer had:

With “Enemiez,” I had my first experience with unrequited love... there is a certain line between love and hate. And, if you love someone, or you feel like you love someone, and it’s not requited, it’s easy how quickly it can turn into hate. That’s kind of how “Enemiez” was born... I realized that I did love that person, but I didn’t have enough love for myself to really understand what that meant.

Although this tragic experience gave us a heartfelt dance track, there were a lot of personal barriers Palmer had to cross to get to that point, "[Recording my first album], my voice kind of got smothered, and I got lost. I had to take a step back and say 'don’t be afraid anymore.' This is not the same situation as before." She continues, "You know what it is you want to say, you know your voice, you lost your voice, and you found it again. So just be confident in what it is you’re saying, but also allow the people around you to help nurture you in this situation."

The result is a sound and feel that is authentically her, although it's not the her that has been seen for years on the television and in the movie theaters. It's a more adult turn for the singer, who got her start on Nickelodeon and Disney shows. In fact, only 30 seconds into the song Palmer sings the lyrics: "Now you're flowing through my veins. There's one thing to cure this pain. I want you inside of me. Can you fill this empty space?"

This isn't Palmer's first foray into more adult content. She raised a few brows in 2015 after releasing the music video for her single "I Don't Belong to You," which shows the actress in lingerie and alludes to a same-sex relationship. She says of the video, "That whole song was pretty much talking about how women today aren’t really abiding by the same 'societal rules' that people feel like they should. Young women don’t feel as chained sexually, or as chained in their sexuality."

While not all of her songs or music directly apply to her, she does feel a strong need to speak out for the issues of this generation — and that's one of the main purposes of her music, "Mostly I just want the voice of my generation to be heard, things that matter to us," says Palmer. "Our experiences and our voices [should] be heard in this new era." She's speaking loud and clear, and many of her fans are having strong reactions to it, both good and bad.

Not everyone is on board for this new sound from Palmer, and she's been getting some negative feedback from her fans, whom she refers to as "The Kidz," but she takes it all in stride. In fact, she has a message for The Kidz:

Take the ride. If you’re watching what I’m doing enough to the point of having an opinion about it — whether positive or negative — just keep a lookout, because my message is never like “love me, love me! I’m so great!” It’s always "I’m doing this, so you can do it." That’s really what I’m all about.

Palmer has dedicated her entire album and career to encouraging others to pursue their passions and go after their dreams. Love her or hate her, you've got to respect a woman on a mission. This is the new Keke Palmer, and she's here to stay.