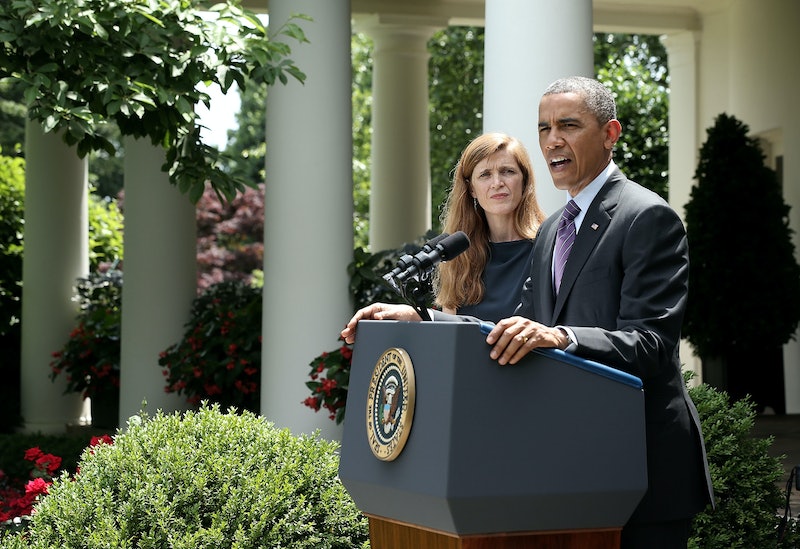 After promoting the controversial Susan Rice to National Security Adviser, Obama announced Wednesday that Samantha Power is his pick to replace Rice as the United Nations (UN) ambassador. Human rights activists praised Obama for selecting Power, who will become the new ambassador if approved by the Senate.

Not super-familiar with the nominee? We've got a Power Primer for you, so you know who's up for the job:

One of the best ways to get a perspective on Power, her views and what she’d bring to the table as a UN ambassador: through her writing. Here, two of her strongest articles on foreign policy:

Although Power has been praised for her work, she’s also faced criticism from Fox News and has been labeled one of the 10 most dangerous people in Obama’s administration by Sean Hannity. Power was also called the most dangerous woman in America by Glenn Beck, also of Fox News.

Not without controversy, I'm sure, we'll see how her confirmation goes in the Senate.