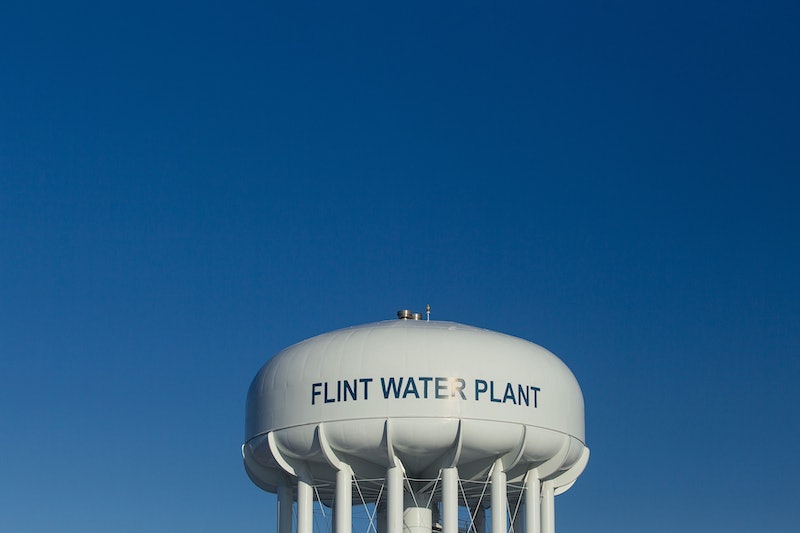 On Wednesday night, the Democratic presidential candidates took to the stage in Florida to engage in the final debate of the primary season. But out of all the issues tossed back and forth ― immigration, the Supreme Court, foreign policy, and the like ― there was one issue that was very conspicuously missing: the Flint water crisis, an issue both candidates zeroed in on leading into the Michigan primary and left entirely out just one day later. That's a big problem; the Michigan primary is over, but Flint's water crisis continues.

It was particularly glaring considering just how pointed and pervasive the campaign rhetoric about Flint and its lead poisoning crisis was in the weeks leading up to Tuesday night's Michigan primary. The Clinton campaign specifically insisted on holding a debate in Flint — which took place Sunday — and both Clinton and Sanders repeatedly called for the resignation of the state's Republican governor, Rick Snyder. In fact, even prior to that in-state debate, Clinton used a past closing statement to blast Snyder for presiding over the Flint debacle, saying "the governor of that state acted as though he didn’t really care."

And yet, just days after it was the talk of the Democratic Party, the issue was nowhere to be found. In fairness to the candidates, some of the blame falls on the moderators ― the debate was held in Florida, broadcasted by Univision, and nearly entirely focused on Latino issues.

But all the same, at literally any point during the debate, either of them could've pivoted to at least a brief aside on one of the worst and highest profile environmental crises in the country today. It's not as though both of them didn't shy away from, dodge, and misdirect certain questions already, and segueing into a commentary on Flint and what it says about government mismanagement and racial injustice could've been a powerful moment.

Instead, it got precisely no mentions, from the moderators or from the candidates. Even in their closing statements, which were entirely their own ― Clinton instead stuck with her standard exit pitch, talking about America "living up to its potential," and Sanders did much the same with his rhetoric on economic justice. It made for a glaring omission, and one that lent itself strongly to accusations of politicizing the issue ― the sense that the candidates' interest in Flint's plight dried up the very moment there were no more votes to be cast in Michigan.

It's especially dispiriting considering a very specific moment that took place during Sunday night's debate in Flint, when Sanders explained a fear that some residents of the afflicted city had explained to him. Here's what he said, as detailed by the Washington Post's transcript of the Flint debate, because it seems very apropos right now.

... the second thing I did is hold a town meeting, which was as nonpolitical as I could make it for hundreds of people to tell me and the world through the media exactly what was happening here in Flint. I think the fear and the legitimate fear of the people of Flint is that a certain point the TV cameras and CNN will disappear.

Hopefully, this prophecy won't be fulfilled in the long term, and both Sanders and Clinton will keep pushing the issue. And hopefully, if one of them is ultimately elected president, they'll champion reform to make sure that federal aid and support will be more rapidly accessible when a state government causes such a catastrophic disaster. But as it stands right now, the biggest takeaway from the day after the Michigan primary was deafening silence.