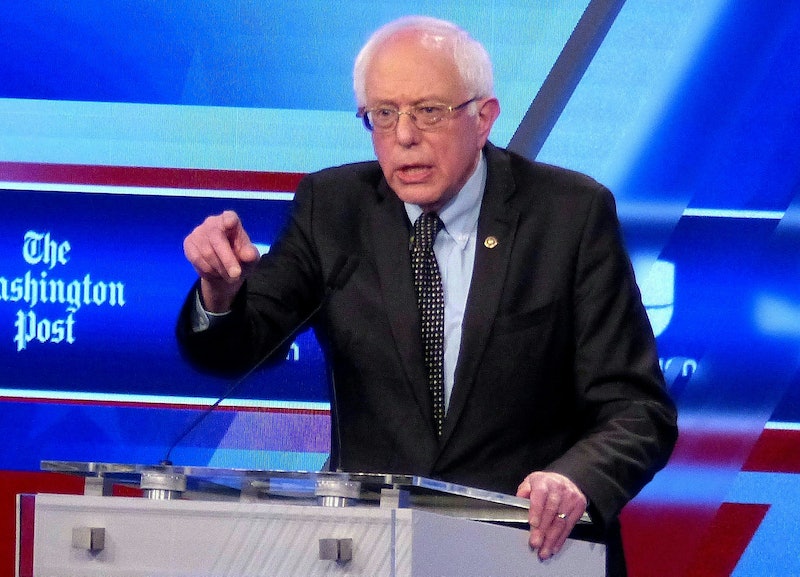 For all the memorable moments of the Democratic debate, there was one exclamation in particular that stood out to viewers. The Democratic debate's most tweeted about moment just happened to be Bernie Sanders' boastful claim of the evening on his relationship with Wall Street. Sanders recalled a comment from Goldman Sachs head Lloyd Blankfein stating that the Vermont senator was "dangerous." Social media was alight with Sanders' proud reclaiming of the word, which had audience members at Miami Dade College cheering for the candidate.

Wednesday's debate saw far more political attacks from Sanders and frontrunner Hillary Clinton. Sanders was asked about a series of paid speeches that Clinton gave to prominent members of Wall Street and whether her refusal to release transcripts of those remarks indicated an untrustworthiness. Sanders turned the question around to bolster his own record against the very audience that he claims Clinton pandered to.

There is nobody in the United States Congress who has taken on the Koch brothers — who want to destroy Social Security, Medicare, Medicaid, and virtually every federal program passed since the 1930s — more that Bernie Sanders. And I am proud that the gentleman who is head of Goldman Sachs, now, he didn't give me $225,000 for speaking fees, he said I was dangerous and he's right. I am dangerous for Wall Street.

The comments set off a social media frenzy, with numerous tweets being sent about Sanders' bold claim. Blankfein referred to Sanders' candidacy as particularly troubling in February, referring to his momentum as a "dangerous moment." The Goldman Sachs CEO had this to say during an appearance on CNBC's Squawk Box:

The candidate not only embraced the statement and used it during the debate but included it in a campaign email sent out shortly after the event had wrapped up on Wednesday night.

Sanders' social media momentum was undeniable, as he once again received the most followers on Twitter. The candidate may very well be hoping that such a claim translates to tenacity, as more and more voters are tasked with choosing between Sanders and Clinton leading up to the Democratic National Convention in the summer.