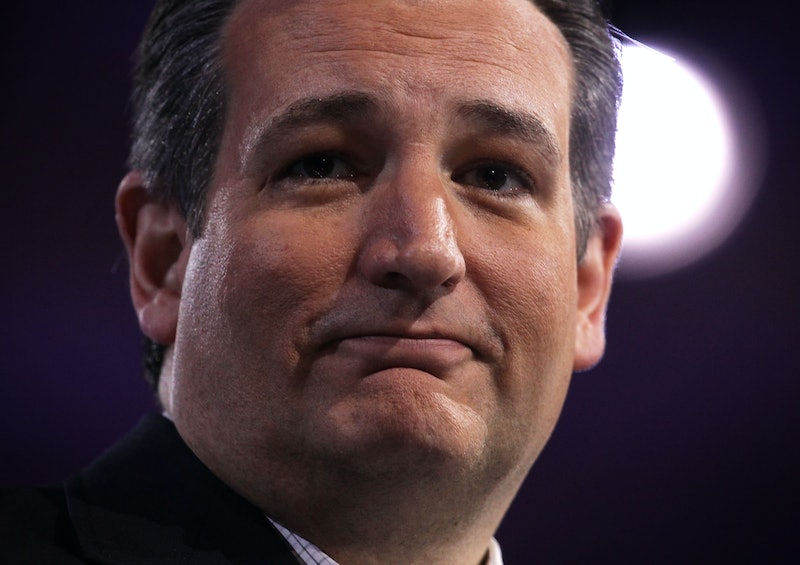 Ever since Ted Cruz was elected to the Senate in 2012, Craig Mazin has been antagonizing him on Twitter. Mazin was Cruz's roommate at Princeton University, and for whatever reason during their year together, the Hollywood screenwriter came to absolutely hate the future senator's guts. Now, with Cruz running for president, Mazin is doing everything in his power to make sure everybody knows how awful Cruz was in college. Regardless of how this election turns out, Ted Cruz's feud with Craig Mazin is undoubtedly one of the best parts of the 2016 cycle, because Mazin is a truly gifted insulter.

Calling him a "huge asshole," "a lying, hypocritical opportunist," "a bad person," and "a nightmare of a human being," Mazin seems to have an endless reservoir of loathing for the junior senator from Texas.

And it doesn't end there.

"I have plenty of problems with his politics, but truthfully, his personality is so awful that 99 percent of why I hate him is just his personality," Mazin said in a 2013 radio interview. "If he agreed with me on every issue, I would hate him only one percent less."

Mazin, who wrote one of the Hangover sequels, has a lot of vitriol, but at least it's pretty eloquent. His Twitter followers often ask him questions about Cruz, and he never seems to run out of ammunition to use against him.

There are many, many more digs over at Mazin's Twitter account. In totality, this should serve as a cautionary tale: Don't be an unmitigated asshole in college, because your roommate might become a successful screenwriter hell-bent on ruining your political career. All right, maybe that piece of advice only applies to Cruz. Either way, it's too late for him to follow it.