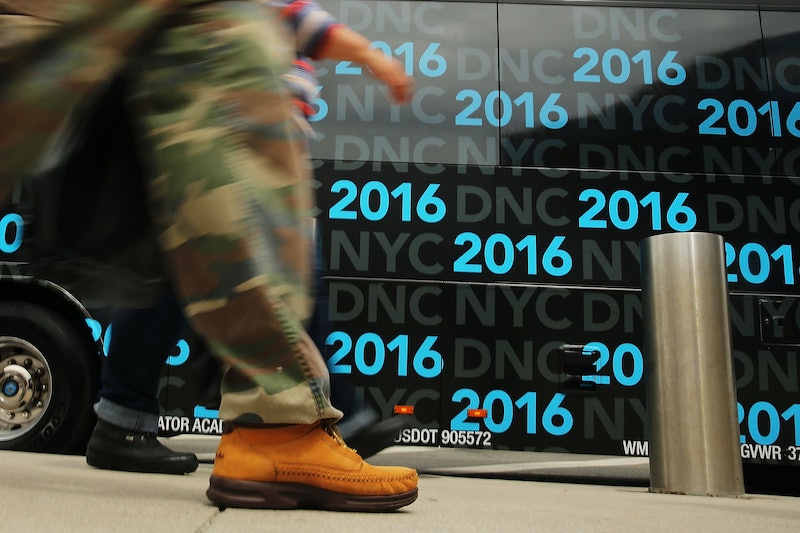 With just two candidates, no matter what happens we should know who will be the Democratic presidential nominee heading into the convention — unless it comes down to the vote of a few superdelegates. Nothing like the potential contested convention on the GOP side. But who are these delegates, the people pledged to support Bernie Sanders or Hillary Clinton that will be heading to Philadelphia in July to actually elect the Democratic candidate to take down the Republicans in November? The manner in which Democratic delegates are picked — of course — is not simple.

It depends on the state, but generally speaking they are chosen or elected. What is for certain is that it's always decided by party rules at the state level. They vary from state to state and can change from year to year. To start with, let's focus on the normal delegates, the pledged delegates. Take Florida, for example. The Democratic primary there on Tuesday will award 214 pledged delegates. They are pledged to the candidates proportionally based on who wins the primary; some are allocated based on the results in each of the 27 congressional districts. Others from the state-wide vote. They sign a pledge to vote for their assigned candidate at the convention.

But who are those people that fill that role? And how are they decided? It all happens at the state convention, but the process starts a bit after that. First is the primary, then there are post-primary caucuses in each congressional district at the beginning of May. There "National Convention Congressional District delegates" are elected, keeping in mind the results of the primary. Those delegates then go to the state convention at the end of May where they decide who ultimately gets to go on to the national convention.

Then on top of that, there are the superdelegates. In Florida they are 32 party leaders and elected officials that get to attend the convention and vote however they see fit. They don't have to follow the results of the primary; they can support whomever they want (and most already have chosen Clinton). In Florida they are a mix of congressmen and DNC party members, as well as Sen. Bill Nelson.

Most states work similarly, although in states with caucuses like Iowa won't even know the exact proportion of pledged delegates that support each candidate until the state convention in June. There are several steps to the election process, and in each one the numbers could get messy. Colorado and other caucus states are similarly confusing.

Take a look at the rules for each state if you want — but the takeaway is that the vast majority are elected at local and then state-level contests. If you want to head to Philadelphia as a delegate, contact your local Democratic party. You may be able to.