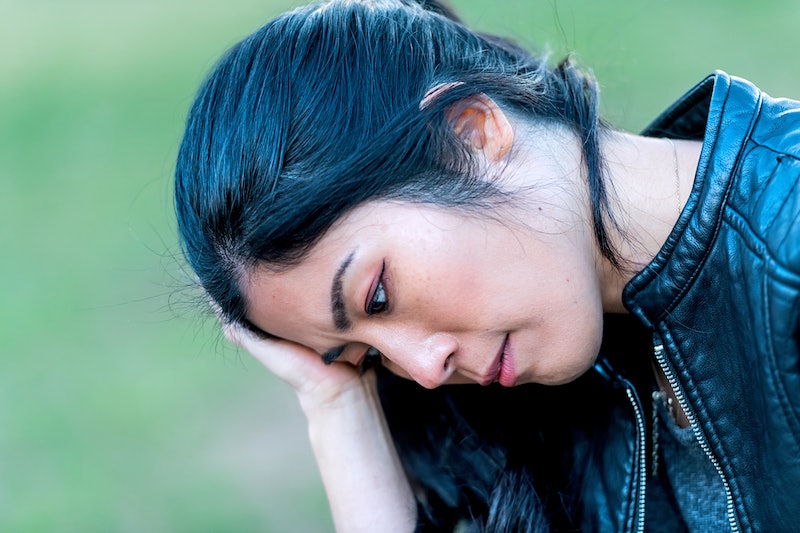 We all get mad. It's natural. And sometimes even healthy. The challenge is figuring out how to communicate effectively when you're angry instead of totally bottling it up inside or acting like the Incredible Hulk.

I've personally always found communicating when angry one of the hardest things to do well, because I almost always (AKA always) used to bottle up my feelings and become extremely passive aggressive until the other person was forced to confront me or start the fight. It meant that I would hold on to negative feelings and emotions for way longer than necessary, and because I'd kept them inside, they were also way harder to let go even once everything was resolved.

And I have friends with the exact opposite problem. They get super angry and then almost instantly say things they don't fully mean or can't take back, and ultimately make the whole situation way worse. One of my best friends recently told me how she wished she had "just taken a day to cool off" before approaching her significant other about a problem they were having, because in the end it probably could have been resolved in a much healthier way.

If you're feeling like you can relate to any of this — whichever extreme you may be — here are seven tips for effectively communicating when angry that should make for way healthier interpersonal reactions.

1. Allow Yourself To Feel Angry

Lori Deschene, founder of Tiny Buddha, said to first allow yourself to feel the anger when you first get mad about something. "You may think you need to cover 'negative feelings' with positive ones. You don’t. You’re entitled to feel whatever you need to feel. We all are,' she wrote. She said to embrace the anger as a physical feeling, but do not act on it until you feel it has less of a grip on you.

2. Don't React To Anger With Anger

On her website, life coach Gina Parris said to never respond to someone else's anger with anger of your own, as it will do nothing to help the situation. She instead recommended recognizing that you're only getting angry because someone seems to be angry with you. "We don’t have to take their actions personally or enter into their negative energy," she said, and instead suggested trying to take a step back and figure out why the person we're dealing with feels the way they do. It could be due to a misunderstanding, an assumption based on misinformation, or they could just be having a bad day.

This might sound obvious and even cliche, but there's a reason we were taught to use "I feel" statements in grade school. Deschene noted the importance of always focussing on how someone else's actions made you feel as opposed to starting with the more accusatory "you" statements. This will help ensure that the other person doesn't feel attacked, and they'll generally then be way more open to what you have to say.

4. Stick To The Subject

In a piece for PsychCentral, Amy Bellows, Ph.D, noted the importance of sticking to the issue at hand when you're talking to someone while angry. "Make your point without digressing into attacks or accusations," she said. I personally resonate with this tip a lot; it can be so easy to get angry and just open the floodgates in terms of every little thing that has annoyed you recently, but it's not always helpful or productive to bring it all up in the context of a single conversation. I've found I have far more productive dialogues when I self-censor a little.

Bellows also stressed the importance of listening. "Try to hear the other person’s point of view. Suspend your inner dialogue," she wrote. Sometimes we go into a conversation so mad that we forget the other person has an entire inner world of their own, and they may have perceived what happened very differently. By being prepared to listen and absorb, you may come to realize that you can't even stay angry any more.

6. Ask For A Timeout

In a piece for Psychology Today, Elaine Shpungin, Ph.D, said that there is no shame in asking to take a break from a conversation when you're angry. "If you are in an escalating argument, STOP. Tell the other person this is not going anywhere productive and that you'd like to take some time out and continue in 30 minutes," she wrote. This admittedly takes a ton of self-restraint, but it will likely achieve a much healthier end point overall — and isn't that the point?

7. Write Down Your Thoughts

And finally, Shpungin suggested writing down your thoughts before outwardly broaching the subject with the other person. "Choose a specific incident and describe it as objectively as you can," she wrote. Then, she said to recognize your own judgements about the situation. This simple exercise can help you to isolate what may be unfair assumptions or judgements you've made, which will ultimately help calm you down or even make you realize some of your anger is unfounded.

Getting angry sucks. But what sucks even more is letting anger create interpersonal problems because it got in the way of effective communication. If you need to talk to someone, but are super mad, implement a few or all of the above techniques, and remember that there's no harm in waiting a day or two to cool off!