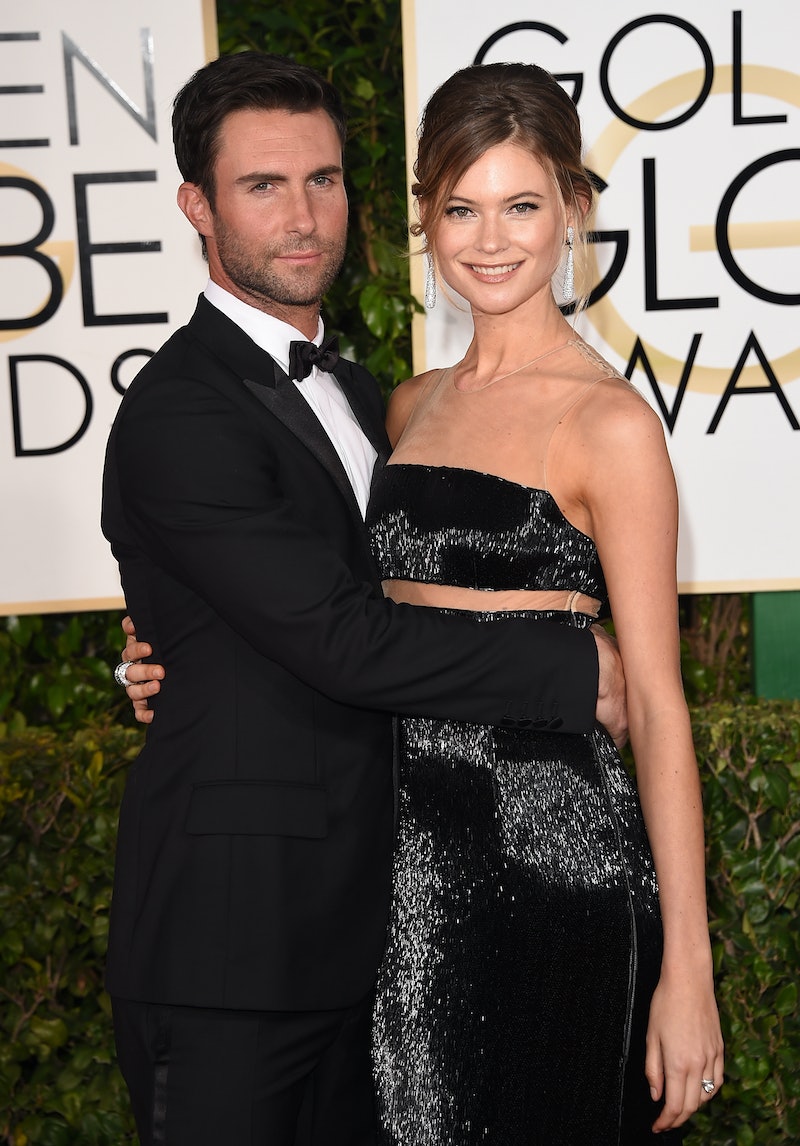 Well, there's no doubt this child will be loved. According to Us Weekly, Adam Levine and Behati Prinsloo are expecting their first child together. Per multiple sources who spoke with Us, Prinsloo is reportedly three to four months along and it seems that Levine is "over the moon" about becoming a father. Bustle has reached out to both of their reps for comment, but did not receive a response at the time of request.

In August 2014, Levine opened up to Ryan Seacrest on his KIIS FM radio show about starting a family. At the time, he said that becoming a father would be happening at some point in time. "We’re definitely going to do it," he said. The Maroon 5 singer then joked, "I want to have 100 kids. I want to have more kids than would be socially responsible."

As for when Levine and Prinsloo would have children, The Voice coach told Seacrest, "I don’t know when we’re going to do it. We can’t do it right now. I think it’s absolutely in the works for some future date." If the reports are true, then it sure looks like they found the right time.

Actually, on Wednesday, March 9, HollywoodLife.com reported that Levine and Prinsloo were struggling to get pregnant and had been trying for a "long time." A source told the outlet, "Adam and Behati have been disappointed lately that she is not yet pregnant." Well, this so-called insider just might be very wrong.

With that, let's hope there is only good news ahead for Prinsloo and Levine.