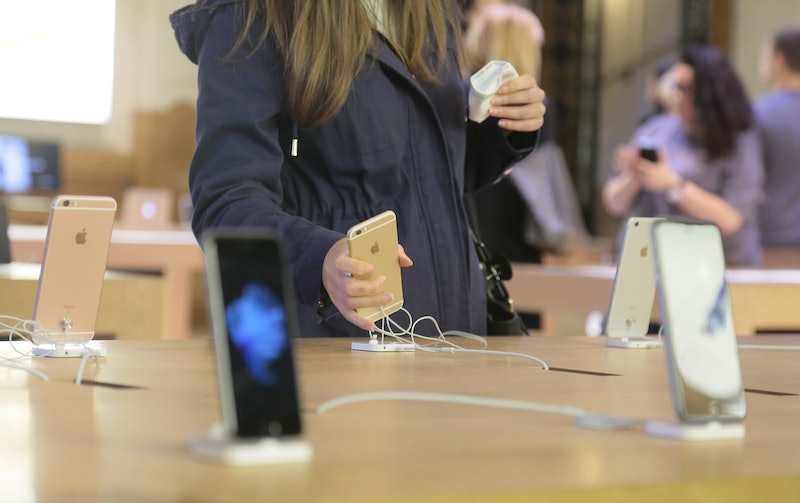 With Apple scheduled to host its next big unveiling event on March 21, gadget gurus and lovers of all products Apple are awaiting more information on the latest iPhone to come out of the tech company. But though progression of iPhones past has shown a general increase in phone size over time, the new iPhone SE is expected to actually be a return to the smaller, 4-inch screen. And with a not-so-large phone, Apple could also come up with a not-so-large price point for the newest model of the ever-in-season iPhone. So how much will the iPhone SE cost when it comes out?

The unveiling hasn't happened yet, of course, so there are only educated guesses available as to what price range the iPhone SE will fall within. A few of the Apple-focused sites, including MacRumors and 9to5Mac, estimate the price for the entry-level SE will run somewhere between $400 and $500. This cost is significantly lower than the starting prices for the iPhone 6 and 6S once they were made available for pre-order in September 2014. Contract-free pricing for the 4.7-inch models began at $649 and $749, respectively.

The Apple consumer-focused sites claim the iPhone SE, which has been commonly referred to as the 5SE despite Apple's plan to drop the number from the name, will resemble the iPhone 5 in a few different ways. The size and cost of the phone are the two biggies: The iPhone 5 models were designed as 4-inch devices and the iPhone 5S now sits at the bottom of Apple's price listings (the iPhone 5 and iPhone 5C have pretty much disappeared).

9to5Mac has also said the new model will really be a replacement for the existing 5S — hence the high likelihood of a slightly lower starting price point — as it will provide customers with most of the updated features without the bulk of the larger phone.

Apple could surprise iPhone users, however, by arguing that the iPhone SE is equivalent in technology to any iPhone 6 and thereby keeping those higher price points for the newest model. A contract-free iPhone 6 currently starts at $549, the iPhone 6 Plus and iPhone 6S sit at $649, and the iPhone 6S Plus will cost you $749.

Apple's decision to drop the 5 from the iPhone SE title could hint at an attempt to disassociate the versions and keep a high price point in the realm of possibility. Or the tech giant could be trying to do everyone a favor by ditching any confusion and making iPhone users think they've gone back in time.

More like this
Using Your Pet’s Name As A Password? Here’s Why You Might Want To Change It
By Cristina Sanza
100 Clever Gifts Under $25 When You Have No Idea What To Get
By Maria Cassano
The 10 Best Waterproof Watches For Swimming
By Lauren Moison
Any Of These 45 Cheap Things Could Make You Look So Much Better
By Mackenzie Edwards
Get Even More From Bustle — Sign Up For The Newsletter