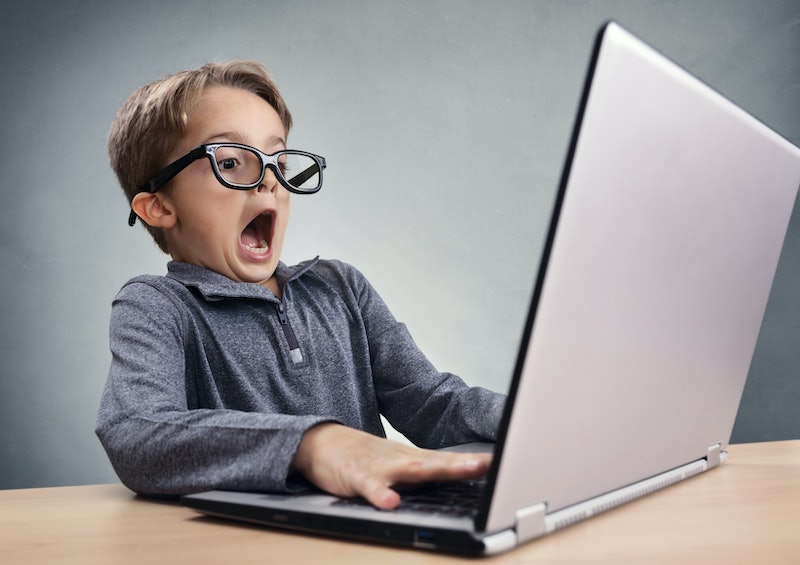 In spite of being generalized as narcissistic, compulsive oversharers who require constant talking-tos about the dangers of nude selfie-swapping, it turns out that teenagers actually have better social media boundaries than their reputations would suggest — at least, when it comes to their parents. A study from a team of researchers at the University of Washington and University of Michigan revealed that children don't want parents posting about them on social media without their permission — a concern that barely even registered for parents.

Alexis Hinkler, a University of Washington grad student studying human-centered design and engineering who led the research told The New York Times that researchers found "a really interesting disconnect" between what children and parents wanted from their social media experience. The study looked at 249 parent-child pairs in 40 states, and found that three times more children than parents thought there should be restrictions on what parents can post about their kids. Children ages 10-17 "were really concerned," in fact, about their parents sharing photos and stories about them. Unsurprisingly, children found positive posts more appropriate to share than negative ones.

For parents (or babysitters, or any adults coming into regular contact with children), awareness of a child's emotional autonomy, agency over their bodies, and their right to give and revoke consent are becoming more and more mainstream "good child-rearing" practices: ask a child permission before you hug them; if a child doesn't want to kiss Grandma goodbye, then don't force them, etc., etc. If follows, then, that if you want to post a photo of or story about your child on social media, then you should ask their permission first. It's torturous to go back and look at photos of your awkward phase in the privacy of your childhood bedroom — imagine if your parent had you tagged in a gazillion pictures of it on Facebook as it was happening. Does it mortify you when your parents tell the same "adorable" (read: embarrassing) childhood story about you over and over again, in spite of the fact that it's at your expense? Imagine that story shared in a viral Facebook post, with comments.

Children are becoming increasingly aware of the risk of instant meme-ification, too, and it's causing them anxiety. The New York Times included in its report accounts from children who have learned to hide from cameras or instinctively say to adults "don't post that!" when they know a photo has been taken.

The other side of the story, of course, is that parents use the very real community-building aspects of social media to crowdsource answers to parenting questions, seek emotional support, and receive validation. Those benefits are vital to the mental health of new parents.

Reseachers suggest thinking about the searchability and formatting of your post before you share it. If you need to vent about a ridiculous behavior that's frustrating you, then maybe send it to Twitter, where it will quickly get buried. If you need advice, don't post a photo or name the child in the post where you explain the situation. Ultimately, it will become important to balance the potential trauma-inducing factor of the child with what's best for you.

More like this
An Honest Review Of The TikTok-Famous WalkingPad
By Kaitlyn Wylde
The Case For A Hard Launch Summer
By Morgan Sullivan
Ask Gen Z: Kate Glavan & The "Ugly Hag Stroll"
By Alexis Morillo
What Is “Night Luxe?” Breaking Down TikTok’s New Aesthetic
By Courtney Young
Get Even More From Bustle — Sign Up For The Newsletter