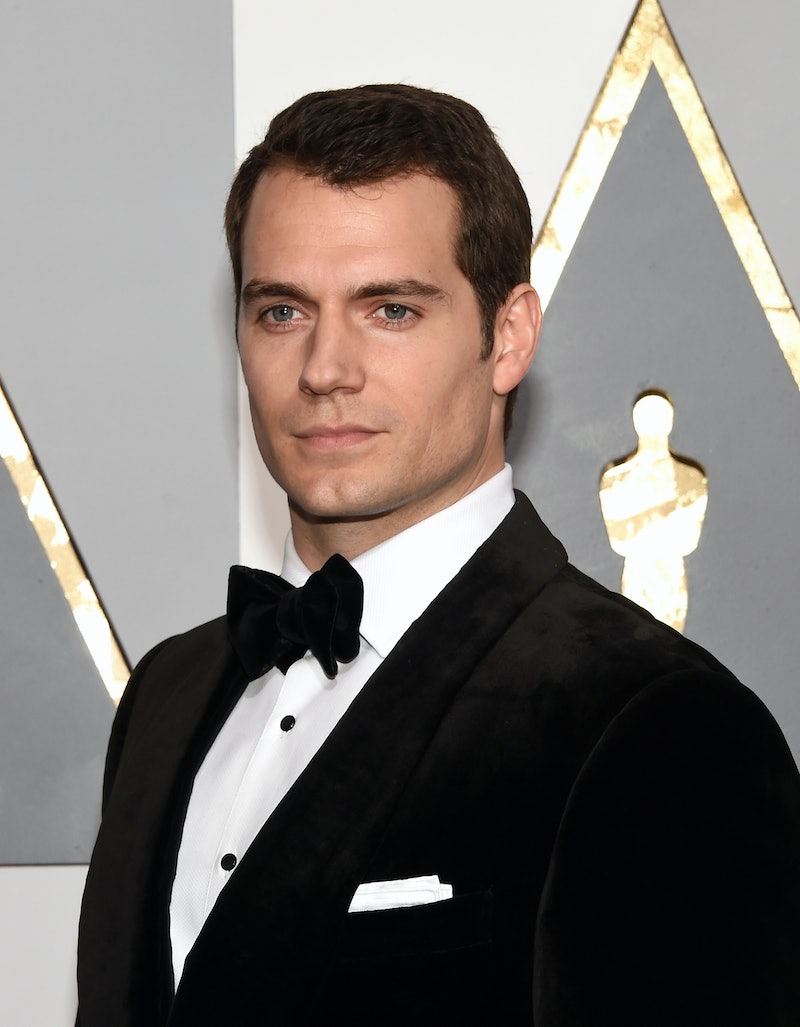 If Batman v. Superman star Henry Cavill is one thing, it's brutally honest. Whether he is addressing the 13-year age difference between himself and girlfriend Tara King or discussing how nice his movie star income is, the actor is not one to sugarcoat his true feelings. So when Henry Cavill gets real about money in the new issue of Man of the World , he's well-aware that "people will be calling [him] a c*ck" after they hear his responses. But honestly? I think pretty much anyone would do the same in his (financial) situation.

"I'm slightly wary of saying this, because it can be frowned upon, certainly by members of my community and people outside my community... but I'm not just doing this for the art," he said about his career in film. "The money's fantastic and that’s something which I deem — and again, it is frowned upon — very important."

To be fair, someone who unequivocally deems money as "very important" comes off as a bit of a flashy douchebro, but making a decent wage is important no matter what your career you're in. Money is an undeniably important part of life. Beyond striving to be able to fend for yourself and provide for your family, most people want enough money to be able to afford the basic luxuries in life, like being able to take vacations once in a while and not worrying about if you can afford that daily Starbucks Frappuccino. Working hard to be financially stable and financially comfortable is the American dream, is it not? Hopefully, you find great enjoyment and passion in your work, but you're not doing it for free — that salary is crucial for everyone.

"You've got to enjoy life! I mean, you've got to!" Cavill added. "When I’m making money I’m spending it on nice stuff, whether that be lavish holidays for me and my friends or just seeing something and going in a shop and saying, 'Yeah, I want that for the house,' and buying it."

"Spending money on my friends, buying dinner for everyone, drinks for everyone, it’s a nice place to be, and I like people to feel cared for," he said. "People will be calling me a c*ck as they’re reading this, but travel’s great as long as you’re going first class, I mean, traveling to New Zealand in economy, it sucks. Especially if you’re over six feet. But first class? I’m not going to ever pretend to be coy about that. I love it."

Yes, Henry Cavill is making significantly more than the average person — enough to take those "lavish holidays" and to throw his money around, spending it on friends and the like — but if you're in that position, why the hell not? Why not opt for that extra leg room if you can afford it? Why not buy a fancy-ass house on the spot if you can? The expression is "you can't take it with you" — so you might as well spend that money in this lifetime.

When it comes down to it, Cavill isn't exactly saying (or doing) anything that's entirely shocking here. He's working in his career in part for the art, and in part for the money. He's spending money on things that are important to him and because he has the financial resources to do so, which I think a lot of people would do in his position.

He just chooses to be more vocal about it.