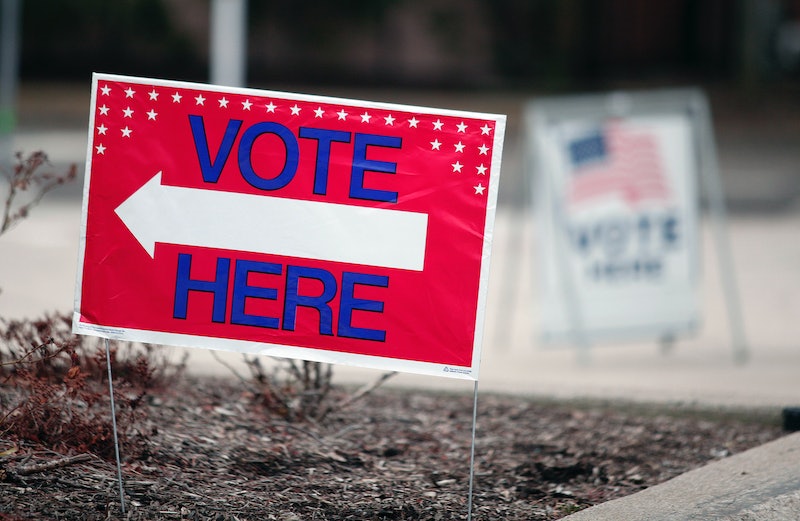 On Tuesday, five more states and the Northern Mariana Islands will cast votes for the Democratic and Republican presidential candidates of their choice, further solidifying which politicians will go head to head in November. Along with Florida, Illinois, North Carolina, and Ohio, Missouri residents will decide which of the six remaining people chasing the White House will get the state's delegates. The primary election is a confusing time for everyone (especially considering how every state does things differently), so it will be important to know whether or not Missouri is a winner-take-all primary when the results pour in.

Missouri's Republican party has a total of 52 delegates which Donald Trump, Ted Cruz, Marco Rubio, and John Kasich will battle for. Instead of a strictly winner-take-all system, the Show Me State's delegate allocation will depend on how the primary plays out. If a single candidate gets more than 50 percent of the state's overall vote, that person will receive all 52 delegates. However, if none of the four contenders have a clear majority, it will turn into a winner-take-most situation, with 12 delegates being awarded to the Republican with the most votes in the state, and the remaining 40 split up by congressional district (the winner of each district receiving five delegates).

As for the Democratic primary, 84 total delegates will be given to either Hillary Clinton or Bernie Sanders following the vote. All of the party's 2016 primaries will allocate delegates proportionally based on what percentage of each state's residents vote for each politician. Because of this system, both Clinton and Sanders have walked away with at least a few delegates from every state thus far — the same is likely to happen in Missouri as well. The proportional strategy allows for uniform rules in Democratic primaries across the nation and keeps every state on the same playing field, unlike the GOP's winner-take-all states, which are sometimes seen as more important victories.

Missouri will be interesting to watch simply because it won't be clear how the delegates will be allocated on the Republican side until the votes are counted. Either way, 52 delegates won't make or break any of the four GOP candidates still in the game, so the state isn't a major source of contention. The Show Me State also won't be a big deal for the Democrats, as its 84 delegates are the lowest number of any state casting votes Tuesday.