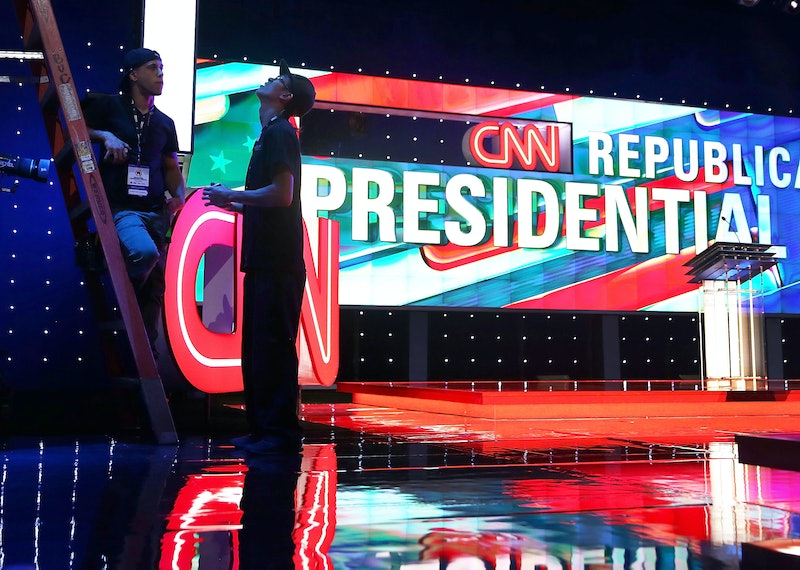 If you’re completely sick and tired of primary debates, I’ve got good news for you: You won’t have to sit through another one for another four years. Thursday’s CNN forum was the last debate of the primary, and it was a surprisingly civil event. There were few attacks and little viciousness; instead, the candidates seemed to be focused primarily on making the Republican Party look like an adult party before November. On a similar note, Donald Trump’s closing statement at the debate made it clear that he considers the nomination a done deal and is now preparing himself for the general election.

At this point in the race, Trump is in a strong enough position that, frankly, I’m a bit surprised he didn’t skip this debate entirely. He has a big enough delegate lead and weak enough opponents that, barring any major developments out of left field between now and the convention, he can now coast to the nomination without much effort.

When you’re already on top, there’s nowhere to go but down. Showing up for this debate offered few upsides for Trump, and at least in theory, plenty of risks: Every day that he spends hurling juvenile insults at his opponents is another day that he’s not moderating his tone in an attempt to win over general election voters.

Nevertheless, Trump did attend, and in his closing statements, gave his last pitch to voters before the delegate-heavy states of Florida and Ohio head to the polls on March 15. Here’s what Trump said in his closing:

Thank you very much. The Republican Party has a great chance to embrace millions of people that it's never known before. They're coming by the millions. We should seize that opportunity.

So I just say, embrace these millions of people that now, for the first time ever, love the Republican Party, and unify. Be smart, and unify.

The logic behind this closing statement is fairly obvious. Trump takes it for a given that he'll be the nominee, and is now starting on the hard work of bringing skeptical Republican establishment folk over to his side. He's making a flatly pragmatic appeal: Support me not because of my policies, but because I'll win the election for Republicans and appoint conservative Supreme Court justices.

This strategy may succeed in placating Trump skeptics within the Republican Party. What's unclear is whether the GOP will, in totality, lose or gain votes by embracing Trump as their nominee. In all likelihood, we'll find out in November.