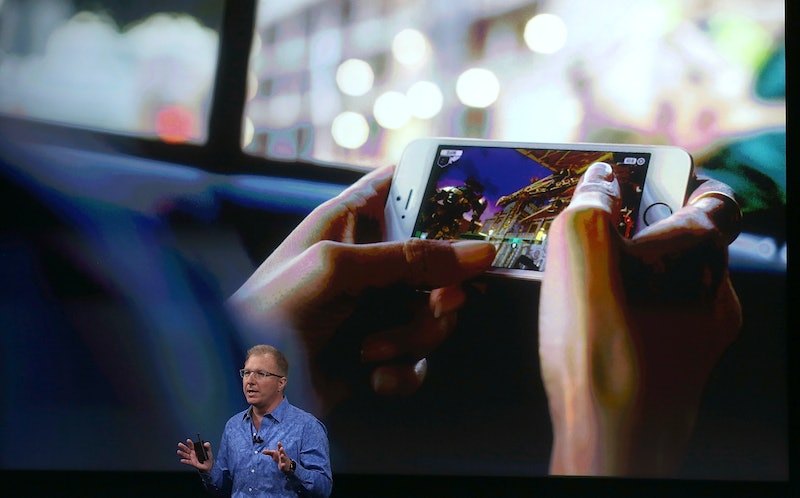 Despite being embroiled in a high-stakes encryption fight against the FBI, Apple launched the first iPhone of 2016 on Monday. And while it's a smartphone's technical specs that should drive whether or not you camp out in front of your neighborhood Apple store the night before a release, you'd be lying if you said you had no interest in learning what colors Apple's iPhone SE will come in prior to plunking down your credit card.

The newest iPhone veered from Apple's recent numerical naming pattern to be called the iPhone SE, with SE standing for "special edition." The new model will combine a lot of the performance and power of the iPhone 6S and 6S Plus with the look of the iPhone 5s. With a 4-inch Retina display, Apple is rumored to be using the iPhone SE to take a step back from the bigger-the-better trend it started with the iPhone 6 family to make a smartphone more aligned with the needs of those with tiny hands.

The newest iPhone has a design similar to the iPhone 5S with the addition of the iPhone 6 and 6S' curved glass display and matte edges to lend the phone a slimmer design. The phone will carry the same A9 processor and 12-megapixel rear camera of the iPhone 6S and 6S Plus at a starting price of $399 for the 16GB model. This makes the iPhone SE one of the lowest priced models of the iPhone family currently available.

If you were expecting Apple to suddenly get innovative in the latest iPhone's aesthetic, you'll be disappointed. Anyone hoping to snag a bold red or neon iPhone will have to make do with a phone case. Like the models before it, Apple's newest iPhone will be released in gold, silver, space gray, and, everybody's favorite, rose gold.

Apple unveiled the newest iPhone as well as a new iPad, new iWatch bands, and a few other tech goodies at the Apple Campus in Cupertino, California, on Monday. The company will begin taking orders for the iPhone SE on Thursday with the phone available in store March 31.